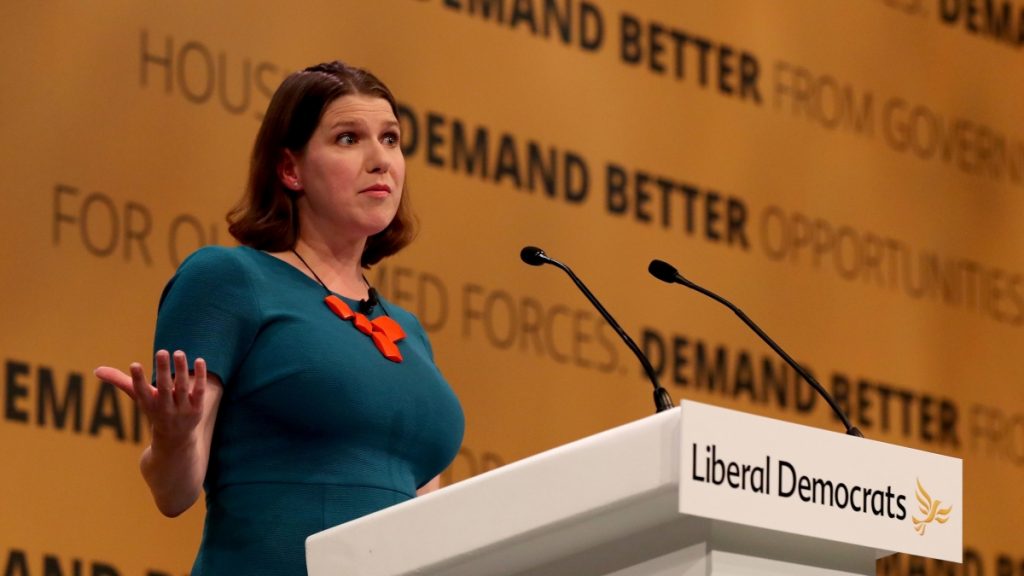 Jo Swinson appears almost certain to lose her seat to the SNP on a disastrous night for the Liberal Democrats.

According to the much-anticipated exit poll, the party leader’s chances of losing her East Dunbartonshire seat is 95 per cent, in what could be one of the biggest scalps of the night.

In what is looking like an unsuccessful night for the Liberal Democrats, the party is on course to lose seven seats, as well as some of their most prominent MPs.

Should the exit poll be correct, the party will have dipped below their current tally of 20, and pick up just one on 2017.

Should the Lib Dems win just 13 seats as predicted, there will be an inquest into Ms Swinson’s leadership, though she has previously said that she would not stand down even if the Lib Dems lose seats.

The former business minister in the coalition won the party leadership this summer after Sir Vince Cable stepped down.

She took over at a high point for the party, after a spectacular set of European and local election results.

When the election was called, the party was polling above 20per cent, and was bolstered by the defections of several well-known MPs from other parties.