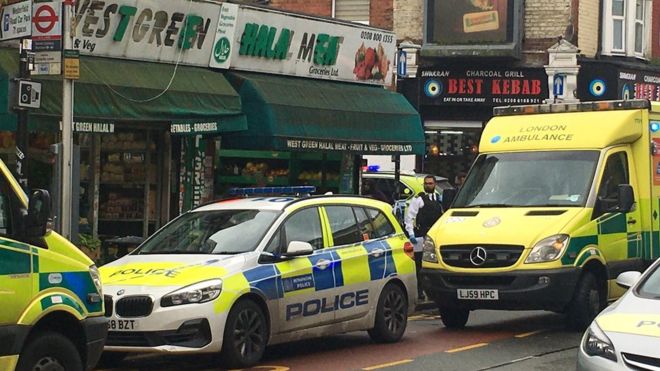 A teenage boy and a man have been stabbed within minutes of each other in separate incidents in north London.

A Metropolitan Police spokesman said officers were called to Sycamore Gardens, Tottenham, at 10.18pm on Sunday and found a teenage boy with stab injuries.

He was treated at the scene and taken by London Ambulance Service to hospital. His condition is not known.

Soon afterwards, at 10.41pm, officers were called to Herbert Road, less than half a mile away. They found a man in his 20s with stab injuries.

Paramedics treated him at the scene and took him to hospital. His condition was also not immediately known.

Police were also in Tottenham on Sunday morning after receiving a call that 2 men were stabbed and another assaulted at West Green Halal Meat and Groceries at 9.35am. 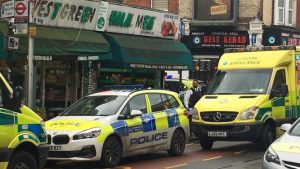 Officers found two men, aged 40 and 29, suffering from stab injuries and a third man who had been assaulted.

The two stabbed men have been taken to hospital, but the third did not require medical attention.

The man, aged 40 is reportedly in a stable condition, but a full update on the second stabbed has not been revealed by police.

No arrests have been made, but officers say they are still looking for any information regarding the incident.

Police have not said any of the incidents are linked.