SPOT: “Say no to the war and invasion of Rojava!” 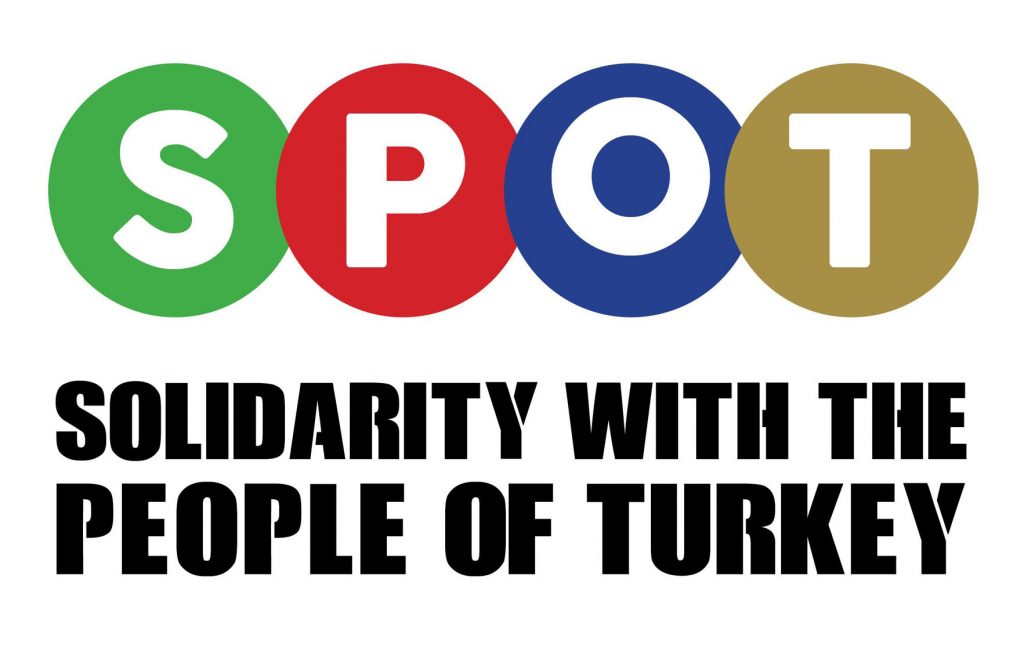 In a press release by the Solidarity with the People of Turkey (SPOT) they have called “for an immediate end to the invasion of Northern Syria (Rojava) by the Turkish government. Turkey and all other foreign forces in the region must immediately withdraw from the region.”

The full statement is as followed: “After a phone call between Donald Trump and Turkey’s President, Recep Tayyip Erdogan on Sunday, the American president announced that the US military would withdraw from the region. Turkey has invaded northern Syria despite being condemned by political leaders from around the world.

The Kurdish forces in the region have until now been the only force keeping ISIS behind lock and key and have been protecting the area from ISIS. There is no doubt that this invasion will cause the deaths of thousands of civilians.  There is also a significant risk that this unprovoked invasion of northern Syria will further ignite regional tensions and lead to the release of thousands of ISIS militants – a situation that prevents peace in the region and ultimately around the world.

The price of the war will yet again be paid by the people living in the region, including Turks, Kurds, and Arabs. Turkey and all imperialist powers have no interest in the security or safety of the people in the region and their goal of expanding their power in the region is costing the lives of innocent people.

Turkey is currently facing economic crises, the ruling party AKP is losing power and suffered major losses in the last local elections. The president of Turkey is trying to provoke nationalism as a means to divide the opposition and hold onto power. The invasion by Turkey is not in the interest of the working people of Turkey and should be stopped immediately.

As Solidarity with the People of Turkey (SPOT) we stand against Turkey’s invasion of northern Syria and call on all foreign forces to withdraw from the region.

We call on Britain to end selling weapons to Turkey which are being used to kill and displace thousands of innocent people in the region, and may indeed be used in the latest invasion.

Finally, we call on our friends in Britain to oppose this invasion by foreign forces and ask you to stand with the people in northern Syria to call for peace.”