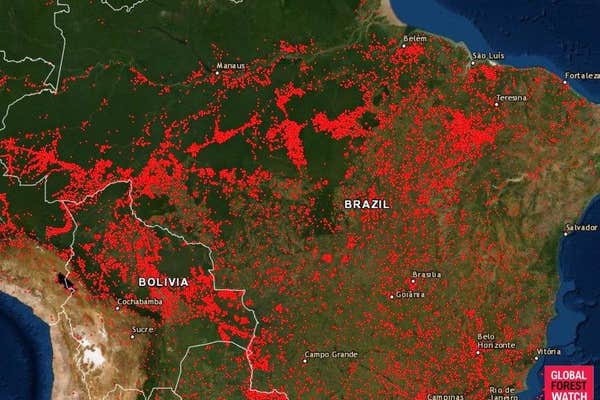 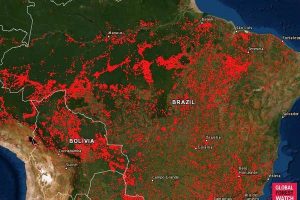 Boris Johnson has vowed to use the gathering of world leaders at the G7 summit to draw attention to the “horrific loss of habitats and species around the world”.

Speaking ahead of the meeting of the world’s major industrial nations, the Prime Minister said that “we are going through an extinction of diversity, of biodiversity across the planet”.

He said that the “horrific” loss of habitats and species will be one thing he addresses at the summit in France over the weekend.

His comments came just a day after French President Emmanuel Macron insisted fires in the Amazon and their effect on climate change should top the G7 agenda.

In a tweet on Thursday, Mr Macron said “our house is burning”.

He added: “The Amazon rainforest – the lungs which produce 20 per cent of our planet’s oxygen – is on fire. Members of the G7 Summit, let’s discuss this emergency first order in two days!” 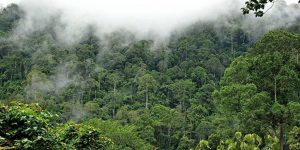 “One of the things I am going to be raising at the G7 is the horrific loss of habitats and species around the world,” he said.

“We are going through an extinction of diversity, of biodiversity across the planet, we are down to about 15,000 lions left in the wild, perhaps 3,000 tigers in India, the population of elephants has declined at about 8% a year.”

Mr Johnson continued: “What we in the UK want to do is lead the world now in setting targets for the retention, the maintenance, and the improvement of habitat, and stop this terrible loss of biodiversity, so set targets for keeping the species that we inherited on this planet.”

The leaders of Britain, America, Canada, France, Germany, Italy and Japan will meet this weekend in France.

A record number of fires have devastated huge parts of the Amazon Rainforest and they continue to burn.

The National Institute for Space Research (INPE) said there have been 72,843 fires in Brazil this year, with more than half in the Amazon region – an increase of more than 80 per cent compared with the previous year.

Video footage of the fires have gone viral on social media, while millions fear the impact the ongoing destruction of the world’s largest rainforest may have on the climate change crisis.

Earlier this month, Brazil declared a state of emergency over the rising number of fires in the region.