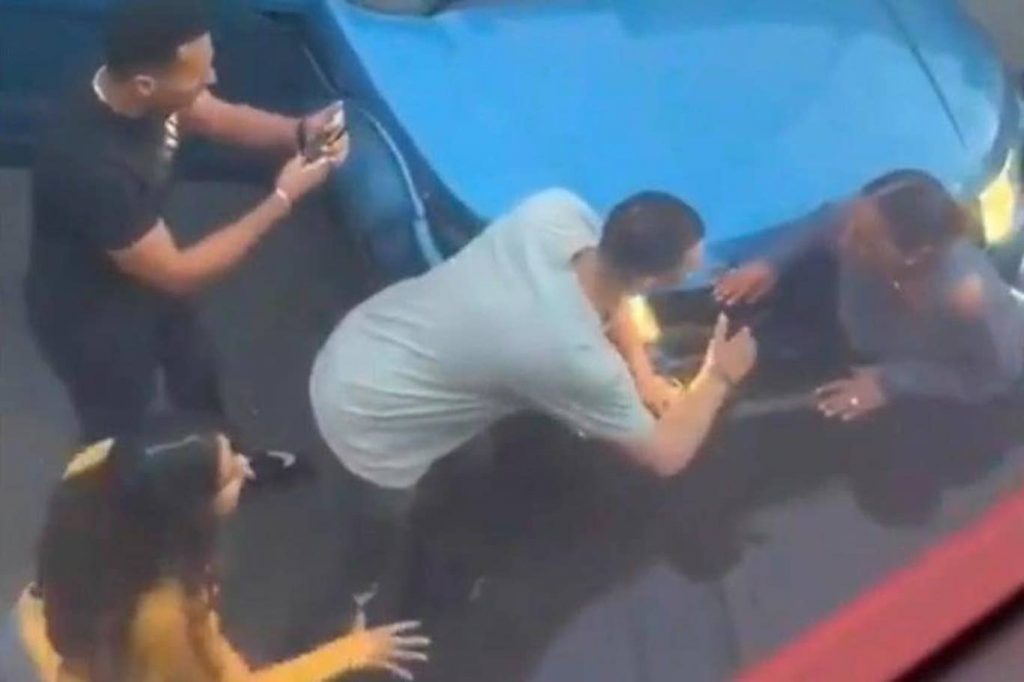 A woman was crushed between two cars ‘when a man deliberately drove into her’ outside Buckingham Palace on Sunday night.

Video footage being shared online shows the female victim, in her 40s, screaming as she is wedged between a Range Rover Evoque and a Mercedes near Hyde Park Corner.

The incident happened after she got out of her car to confront a driver following a dispute at 8.15pm last night, witnesses said. 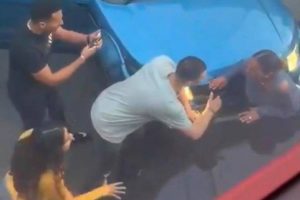 Officers are investigating a reports that the £50,000 Range Rover was “deliberately driven” at her before its driver attempted to pull away.

A passer-by jumped into the driving seat to reverse the 4×4 and free the woman, who crumpled to the road, as police on patrol nearby Tasered a man, aged 23.

Scotland Yard said the woman, said to have been travelling with a young child, suffered “possible life-changing” injuries. The driver of the Mercedes, said to be a minicab, was also taken to hospital. 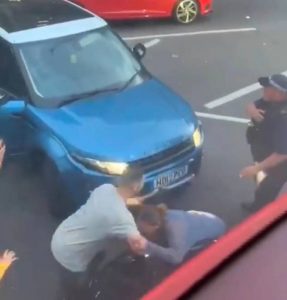 A Met Police spokesman said: “Officers and London Ambulance Service attended and a woman, in her mid-40s, was taken to a central London hospital for treatment. Her condition is not life-threatening but maybe life-changing.

“A 23-year-old man, the suspected driver of the Land Rover, was arrested at the scene on suspicion of affray. A Taser was discharged by officers during the arrest.

“The arrested man did not require hospital treatment and was taken into custody. He was later further arrested on suspicion of GBH and driving whilst disqualified. 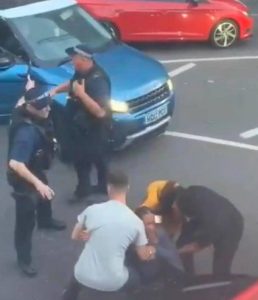