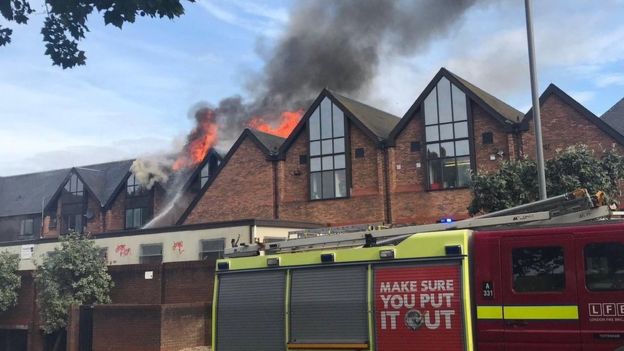 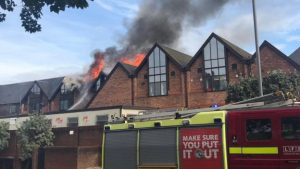 A huge fire has broken out at a shopping centre in east London.

More than 125 firefighters, with 20 fire engines, are tackling the blaze at The Mall shopping centre in Selborne Road, Walthamstow.

London Fire Brigade, which was called at about 7.40 am, said part of the roof was alight. The cause is not yet known.

Waltham Forest Police said officers were dealing with a major incident and advised people to stay away.

The Mall has 66 stores across one floor, with a small upper area for restaurants.

Station manager Steve Smith, who is at the scene, said: “There is a lot of smoke so we would advise local residents to keep their doors and windows closed while crews tackle the fire.

“There are local road closures in place so motorists should avoid the area where possible.”