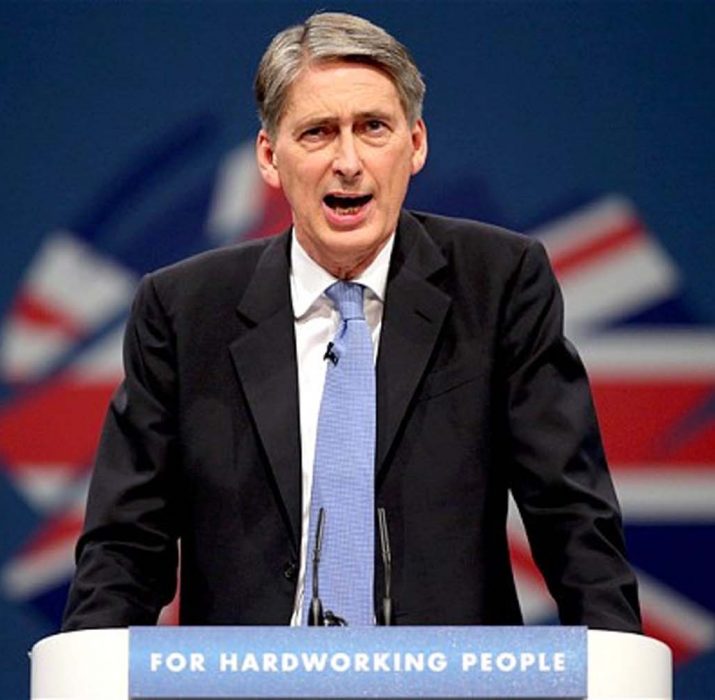 Philip Hammond said that he intends to resign as chancellor if Boris Johnson becomes the UK’s next PM.

He said a no-deal Brexit, something Mr Johnson has left open as an option, was “not something I could ever sign up to”.

Speaking on the BBC’s Andrew Marr Show, Mr Hammond said it was important the next PM and his chancellor were “closely aligned” on Brexit policy.

Asked if he thought he would be sacked next week, Mr Hammond said he would resign on Wednesday to Theresa May.

He said he intends to quit after Prime Minister’s Questions but before Mrs May steps down.

Mr Johnson has said the UK must leave the EU by the new Brexit deadline of 31 October “do or die, come what may”.

His leadership rival Jeremy Hunt has said a no-deal exit cannot be ruled out, but he is prepared to further delay Brexit if required to get a new withdrawal deal.

Mr Hammond said the situation “might be more complicated” if Mr Hunt wins the Tory leadership contest, but “all the polling” suggested Mr Johnson would succeed.

“That is what is likely to happen, and I’m making my plans accordingly”, he said, adding he would wait until the result is announced on Tuesday to “see for sure”.

Mr Hammond said he understood committing to leave by this date, even with no deal, would be a condition for serving in Mr Johnson’s cabinet.

He said: “That is not something I could ever sign up to. It’s very important that a prime minister is able to have a chancellor that is closely aligned with him in terms of policy”.

He added that Jeremy Hunt’s position regarding a no-deal Brexit was “more nuanced”, and he had not demanded a “loyalty pledge” on the exit date from prospective ministers.

Mr Hammond said he would support either man in their pursuit of a new Brexit deal, but it would not be possible to agree this before the end of October.

“A genuine pursuit of a deal will require a little longer”, he added.

When asked whether he would go against the next PM in a vote of no confidence, he said: “I don’t think it will get to that”.

“I am confident that Parliament does have a way of preventing a no-deal exit on October 31 without parliamentary consent”.

“I intend to work with others to ensure Parliament uses its power to make sure that the new government can’t do that”, he added.