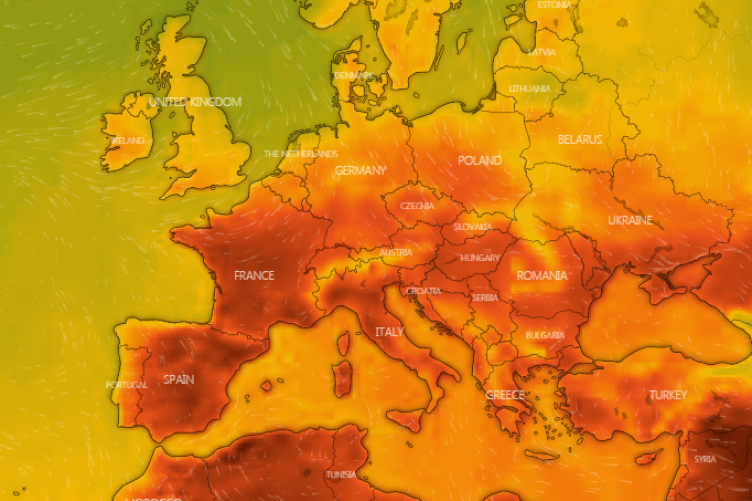 A heatwave affecting much of Europe is expected to intensify further with countries including France, Spain and Switzerland are expecting temperatures above 40C from later on Thursday and into the weekend.

On Wednesday Germany, Poland and the Czech Republic recorded their highest-ever temperatures for June. 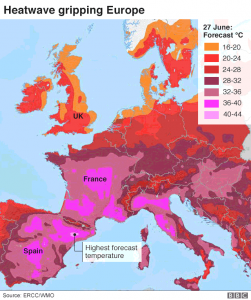 The heat is expected to rise further in many countries over the next three days, meteorologists warn.

In Spain, 11 provinces in the east and centre are set to experience temperatures above 40C.

In parts of the north-east, they may reach 45C on Friday. Spanish officials have also warned of a “significant risk” of forest fires in some areas.

Temperatures are expected to top 40C in Italy too, particularly in central and northern regions. Several cities, including Rome, have issued the highest heat warnings.

While the UK will avoid the worst heat, parts of the country – including London – are expected to see temperatures top 30C on Saturday.