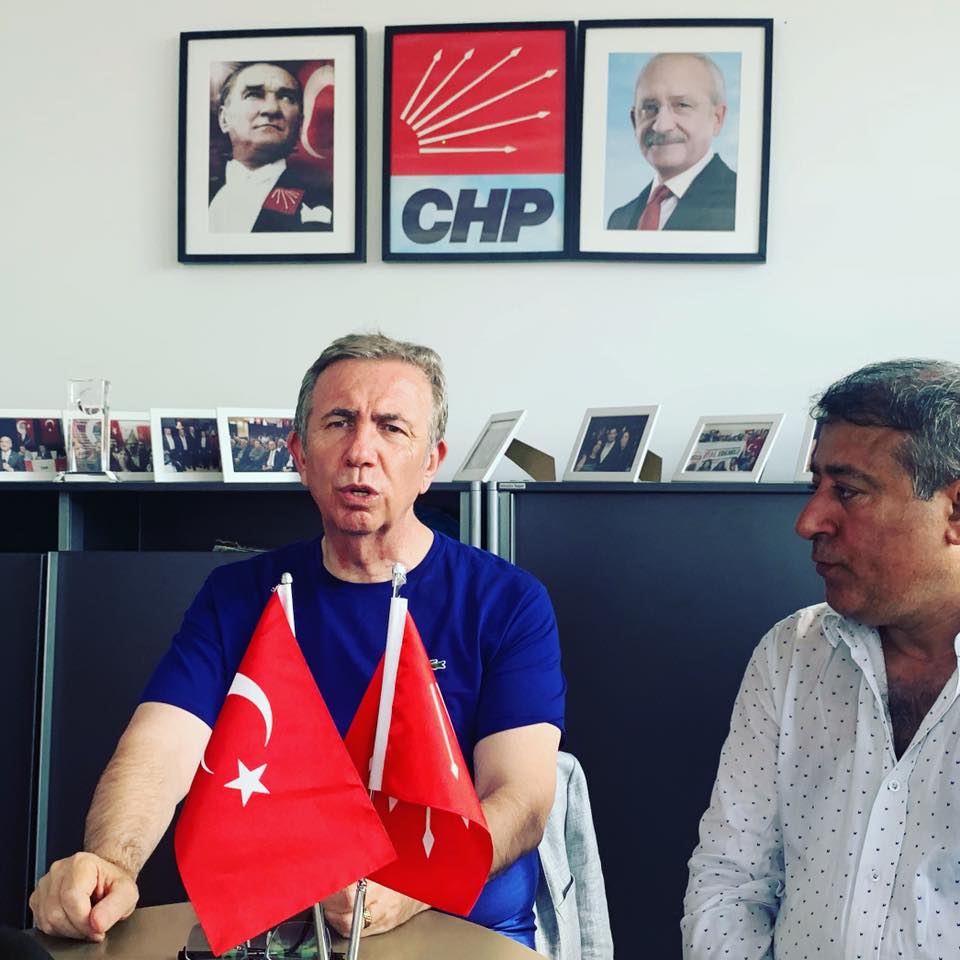 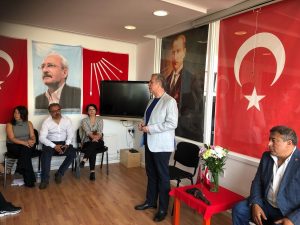 Newly elected mayor of Ankara Mansur Yavaş was in London on his first visit since been his election on a visit to the CHP headquarters, on Saturday 1 June.  On March 31 2019, local elections took place across Turkey, Yavas won the mayoral seat for the country capital city of Ankara.

Yavaş, landed in London on Friday 31 May, welcomed by the CHP UK President Kazım Öz. The following day he took part in a conference with the party members and CHP voters in London, evaluating the election results in Turkey following the local election. 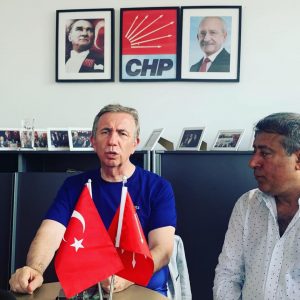 Intense participation in the meeting took place at the CHP UK building in North London at Bridport Road. Yavaş, referring to the 31 March elections said “In recent elections in Ankara the public rightly so has found its place, on the June 23 elections it will surely find the right place as well, everything will be very beautiful”

Savas stating that citizens living abroad in Turkey, indicating that bit disconcerting for those who, he emphasized that the government could not accept the losses it suffered in the elections and wanted to persist it. Adding the CHP party leader Kemal Kılıçdaroğlu with all party friends stood against this lawlessness.

Yavaş, who describes the process after he became mayor of Ankara, many are concerned happening in Turkey, he expressed that the government cannot accept the loss of the elections. 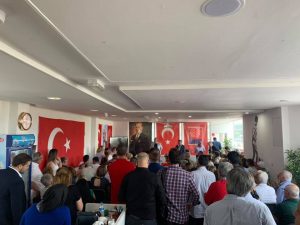 “Immediately after winning the election, we make live broadcasts in all the sessions held in the city council and we inform the public about all negotiations in the municipality. Since the beginning, we keep our basic principle, transparent municipality, and we will continue to protect it.” stating that they serve the people of Ankara on the basis of fairness and transparency.

Yavaş discussed the election process some more, then took time meeting and speaking with the participants at the event.