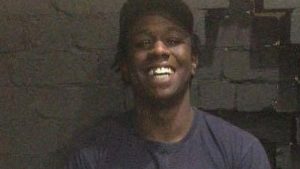 POLICE have charged a third male with the murder of Detectives Kamali Gabbidon-Lynck in Wood Green, London.

Kamali Gabbidon-Lynck died after he fled a fight in Vincent Road, Wood Green, on 22 February. A 20-year-old man was also stabbed during the attack.

On Thursday 16 May a 17-year-old was arrested and later charged with murder and the attempted murder of a 20-year-old man.

Sheareem Cookhorn, 20, 27.08.1998 of Park Lane, Tottenham was charged with his murder and the attempted murder of a 20-year-old man. He appeared in custody at Highbury Magistrates Court today, Saturday, 4 May and has been remanded for his next appearance.

Tyrell Graham, 18, (18.4.01) of St Helens Place, Waltham Forest, E10 was charged on Monday, 22 April with the murder of Kamali Gabbidon-Lynck, and the attempted murder of the 20-year-old man and robbery. He will next appear at the Old Bailey on 11 July.

The investigation by the Homicide and Major Crime Command continues.  Any witnesses or anyone with information is asked to call police on 101 quoting CAD 7309/22feb.

You can also call Crimestoppers anonymously on 0800 555 111 or tweet information to police via @MetCC.