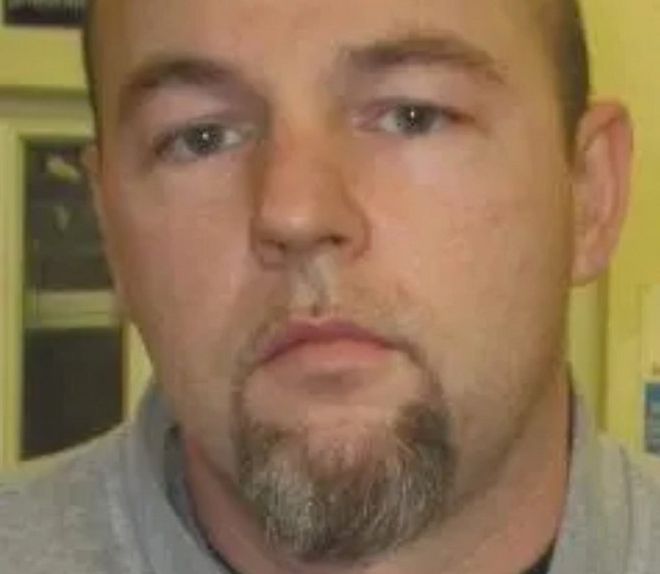 Police hunting a fugitive over the abduction and rapes of three women in and around London have arrested a man after two others were abducted in Cheshire.

In the latest attack on Sunday, two women were forced into a black Fiat Punto in Congleton town centre.

Joseph McCann was found in a tree on a rural lane following a car chase.

The 34-year-old was spoken to by police negotiators and arrested, Cheshire Constabulary confirmed.

The Punto was seen in Congleton on Sunday evening by officers. Following a short chase, the car stopped on Obelisk Way having been in a crash with another car.

The women were left behind as the driver ran off. They were uninjured but have been left “extremely shaken”, the force said.

Officers revealed they had found a suspect shortly after 11 pm

Mr McCann was also wanted for questioning over the abduction and rape of a 21-year-old woman at knifepoint in Watford, Hertfordshire, in the early hours of 21 April.

During that attack, the victim was approached by a man holding a knife in Hagden Lane at about 3.30 am.

She was forced into a Ford Mondeo and driven around the town for six hours before being raped.

The Met Police launched an appeal to find Mr McCann after two women in their 20s were snatched off streets in London on 25 April.

Both women, aged in their 20s, were raped before being driven to a hotel in Watford, where the attacker attempted to book a room but left when one was unavailable.

The women escaped following a struggle in Osborne Road at about 2.30pm