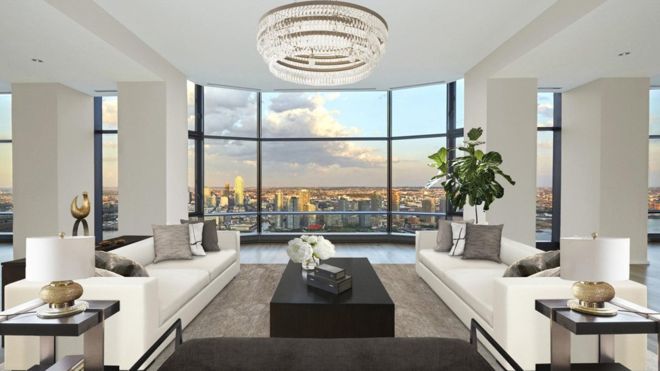 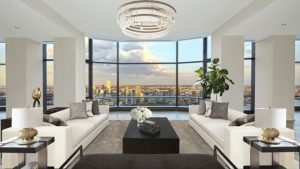 THE government has spent 12m on a luxury apartment in New York for a British diplomat working to negotiate trade deals with the US.

The seven-bedroom flat in the 50 United Nations Plaza will house the British consul general in New York.

Boasting panoramic views, the flat occupies the whole 38th-floor, according to the Guardian, which first reported the story.

The Foreign Office said it had “secured the best possible deal”.

The apartment “will help promote the UK in the commercial capital of our largest export market for years to come”, it said.

The consul general, who will live in the penthouse with his immediate family, is also the UK’s trade commissioner for North America.

A floor plan of the 5,893 sq ft apartment shows a library, six bathrooms and a powder room.

Designed by British architect Norman Foster, the 44-storey 50 United Nations Plaza is close to the UN headquarters in Manhattan and is described as the “ultimate global address”.

On the website of architects Foster and Partners, the high-rise is described as a “luxury residential tower occupying a prestigious location”.

Every apartment features floor to ceiling bay windows and generous space for entertaining, the firm says.

“Adding a touch of elegance to every detail, the powder room walls are fitted with glazed silk panels in a choice of either bold primary or natural colours,” the website adds.

A spa in the basement has a large exercise pool for residents, according to the website.

Mayor of London’s ‘#LondonIsOpen’ bus is coming to you