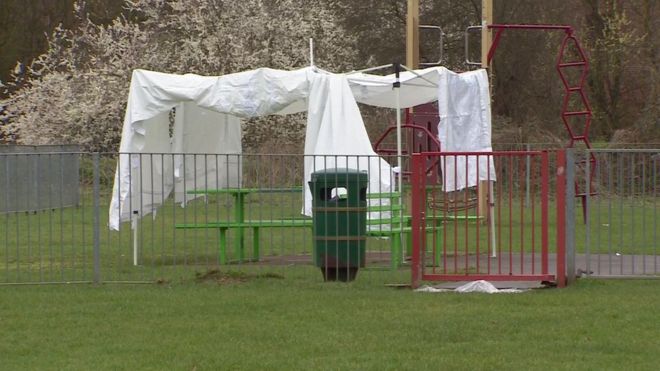 A 17-year-old girl has been stabbed to death at a park in east London.

Police were called to St Neots Road in Harold Hill, Romford, at about 21:30 GMT on Friday.

The girl was pronounced dead at the scene.

The Metropolitan Police has begun a murder investigation, although no arrests have been made. The girl’s next-of-kin have been informed, and a post-mortem examination is due to be held.

It comes less than a week after 20-year-old Ché Morrison was stabbed to death outside Ilford train station in east London.

Police have sealed off the park and forensic officers are at the scene.