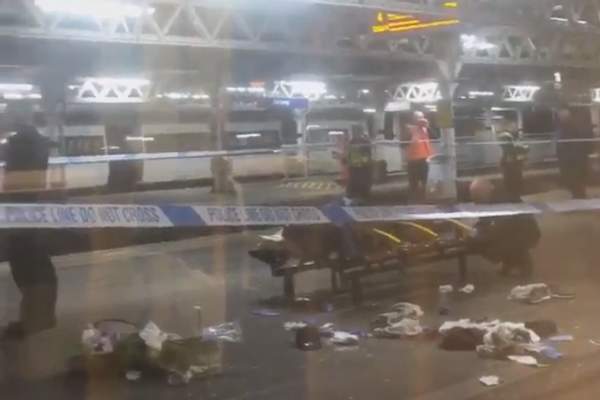 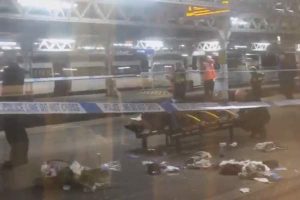 A teenager is being treated for serious injuries after being shot on a Barking train station platform, last night.

Ambulance crews took the 16-year-old to hospital following reports that he had been stabbed in an argument with other youths at Barking station.

On his arrival surgeons found a small bullet in his abdomen.

British Transport Police are appealing for witnesses to an argument which took place on board a Hammersmith and City train between the victim and two suspects, who fled on foot.

Clothing was left strewn across the platform after the attack at about 11.30pm.

DCI Sam Blackburn from British Transport Police, said: “This was a violent and rare attack which took place on a late night train out of London.

“Officers were on scene within minutes and we are working hard to identify and trace the men responsible for this assault.

“We understand that this was a frightening incident for passengers on the train and at the station, and would encourage anyone who witnessed the attack or the moments leading up to it to come forward and tell us what they saw.”

The incident is not being treated as terror related. No arrests have been made.

Anyone who witnessed the incident or with information should contact BTP by sending a text to 61016, or by calling 0800 405040.