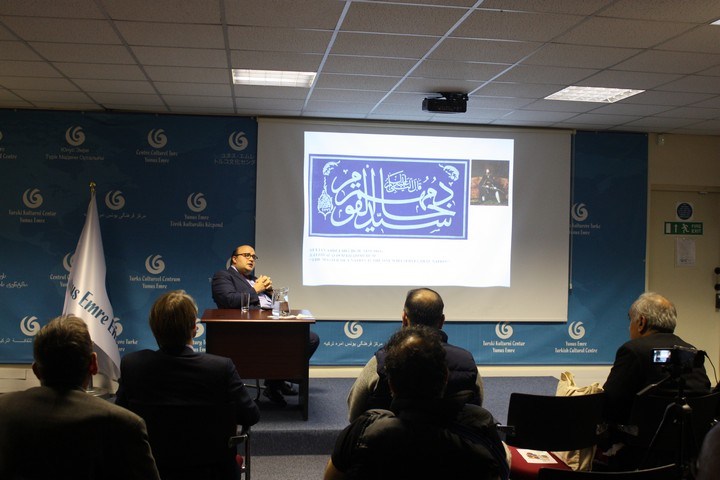 THE Culture and Arts Talks events has been organised by the London Yunus Emre Institute since January 2017, the 9th series of the talk took place on 6 December, whereby Dr.Bora Keskiner participated as a guest speaker.

Dr.Bora Keskiner made a presentation about ‘Calligrapher Sultans’ at the London Emre Institute in London on December 6.

Dr. Bora Keskiner dealt with the calligraphy works of Ottoman Sultans also explained the works which took place in regard to Mustafa, III. Ahmet, III. Mustafa, II. Keskiner.  Keskiner outlined that the sultans tried to protect ‘warrior sultan’ qualities which began to decrease during the 17th century.  He stated that the tradition of the calligraphy works at the palace reinforced the power of the Sultans and in his speech also touched on the relations of the Ottoman Empire with the West. Especially during a period time where Ottomans began to turn the face to the West and in many areas of Western influence, the art of calligraphy remained unaffected by Western culture, he said. The program, which was held in London Yunus Emre Institute, was attended by curators, art historians, faculty members and many art enthusiasts.