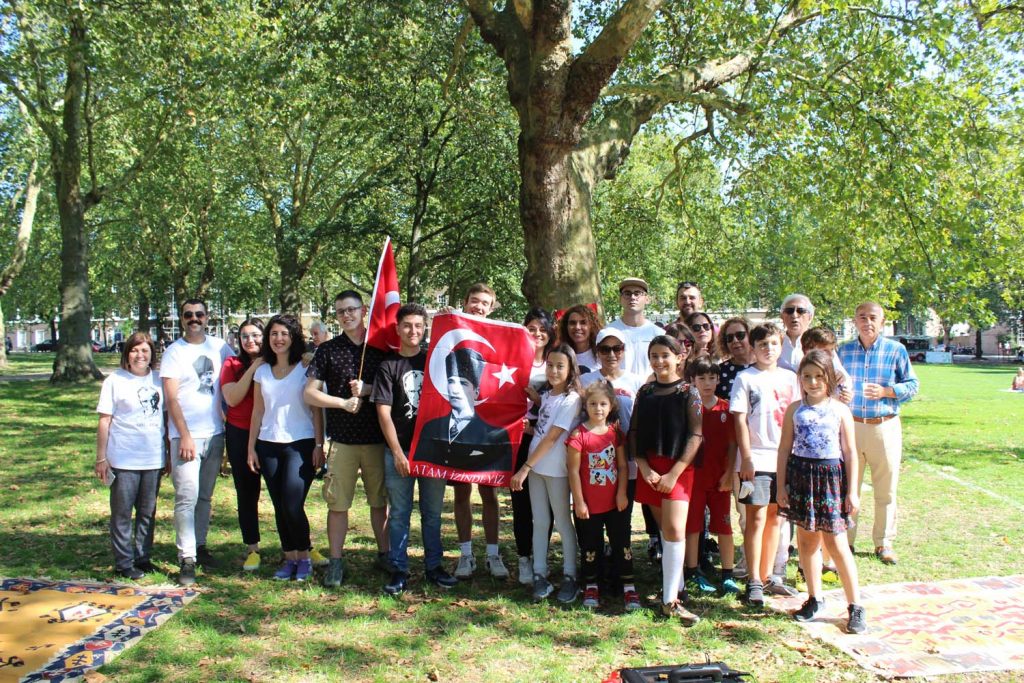 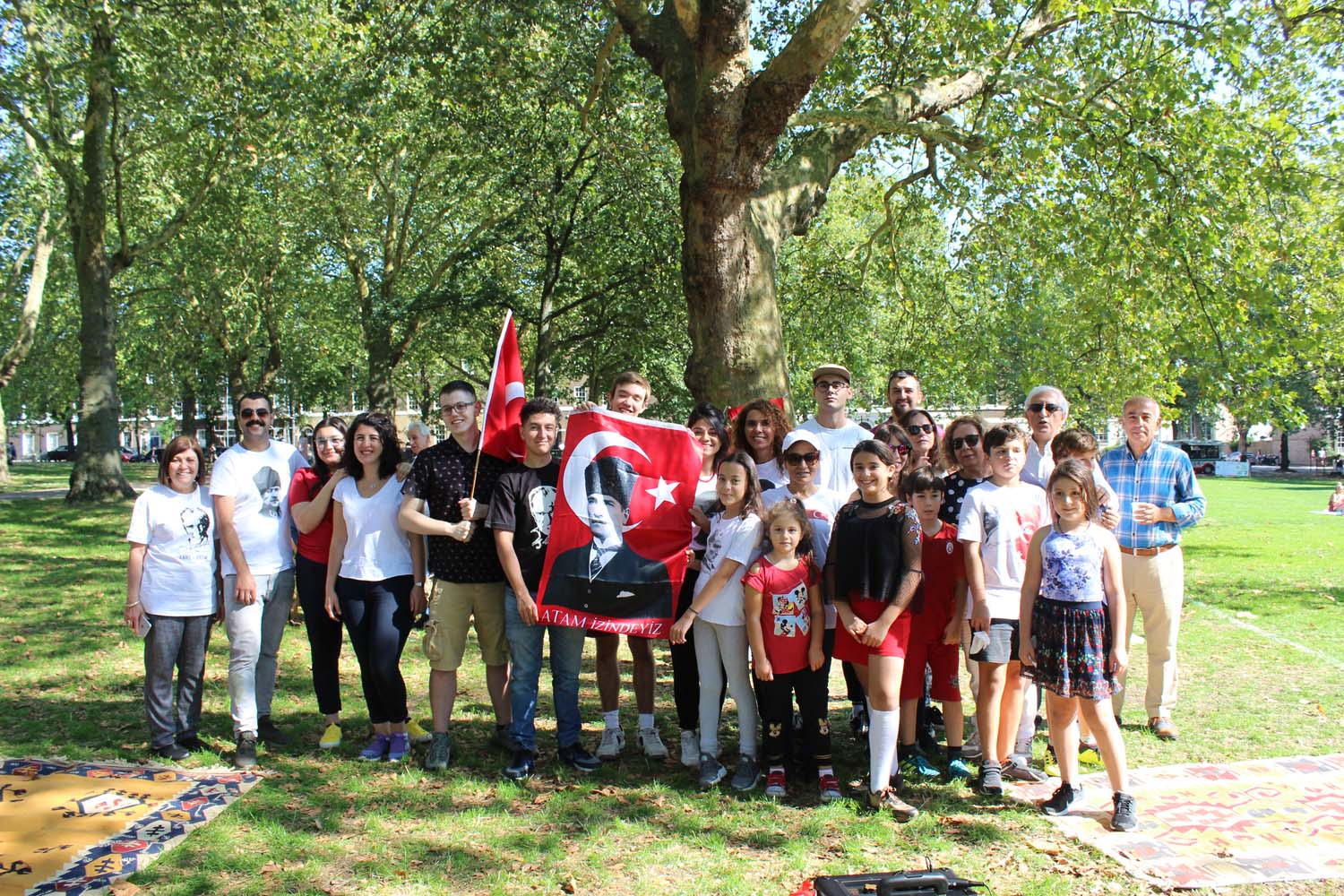 THE Turkish holiday of “Victory Day” was celebrated on Sunday, 2 September at Highbury Fields.

The event was organised by Atatürk Thought Association. The association emphasized the importance of celebrating and remembering such an important day.

Many speeches and a moment of silence was made for the martyrs. The event also attracted a high level of interest by local communities in London. Accompanied by the nice weather, upon the national anthem’s reciting, the crowd enjoyed the festive moments singing national holiday songs.

The chair of Atatürk Ideology Charity, Jale Özer, made a speech on the importance of the day.

“30 August Victory Day is a noble day when the Turkish forces defeated the imperialist forces and therefore it is celebrated every year with great joy and remembrance. As Turkish people living abroad, one of our primary aims should be to thrive and teach next generations these important days and story behind them.

Our Victory Day is such an important that not only our future generation, but also the oppressed countries have set an example. We are witnessing a period whereby we must hold tight to the values of democracy, national unity, freedom and faith.

We shall protect out national identity, our republic and its founder Mustafa Kemal Atatürk.

The republic established by Atatürk will return to be a secular republic again.

As the Atatürk’s Thoughts Association, we are celebrating the 96th anniversary of the Turkish nation’s freedom and independence monument, and we greet all patriots. Happy victory to all of us.”