30 August Victory day will be celebrated in Highbury Fields 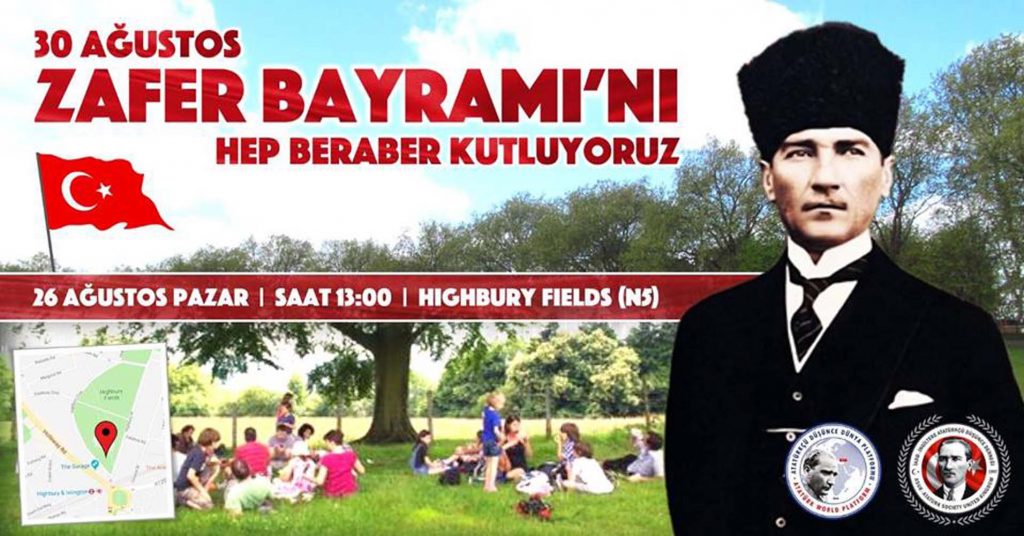 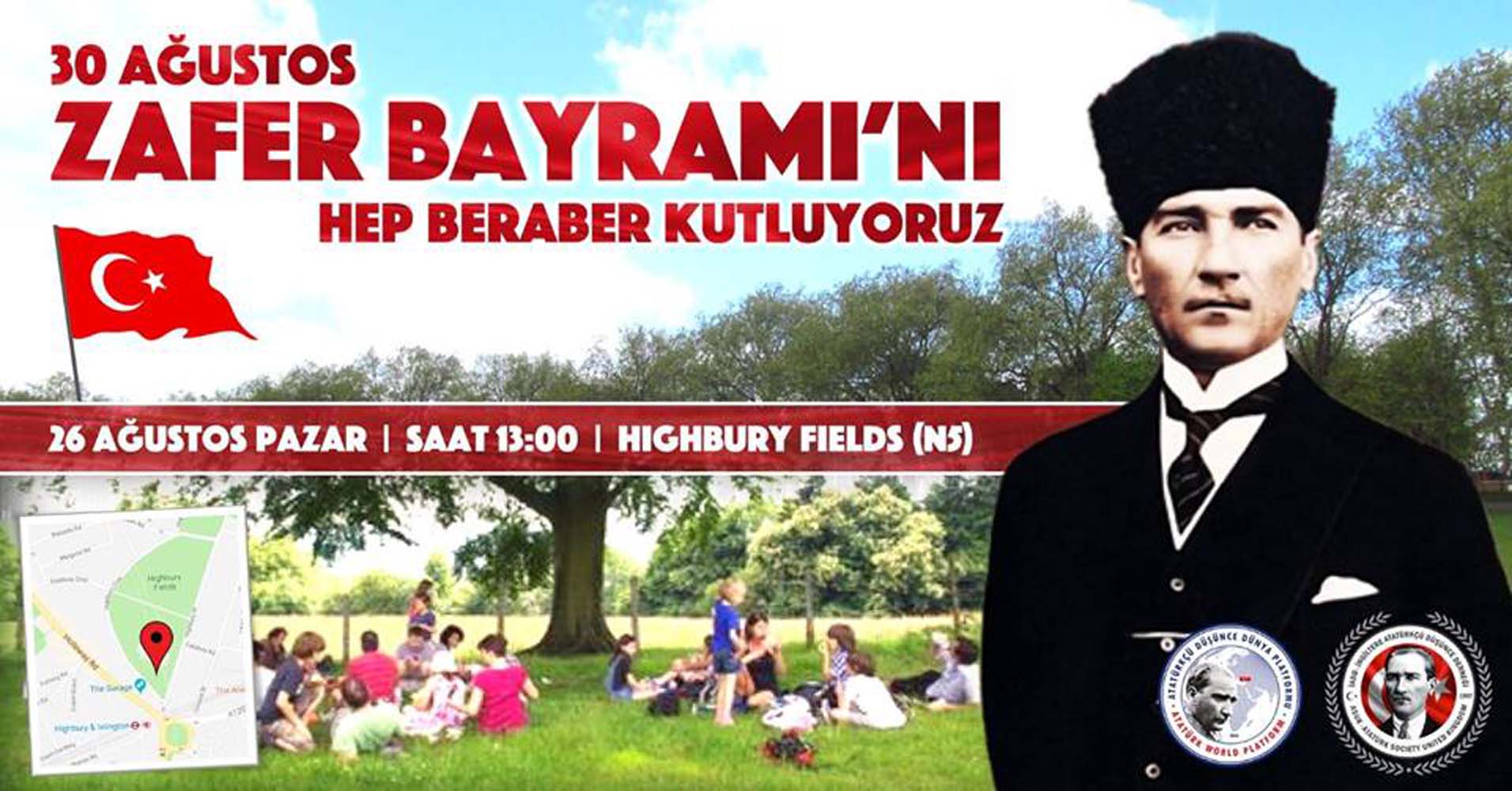 THE Turkish holiday of “Victory Day” which fall onto 30 August will be celebrated 26 August Sunday at Highbury Fields.

The event has been organised by Atatürk Thought Association. The association has underlined the importance of celebrating and remembering such an important day.

Further stated: “30 August Victory Day is a noble day when the Turkish forces defeated the imperialist forces and therefore it is celebrated every year with great joy and remembrance. As Turkish people living abroad, one of our primary aims should be to thrive and teach next generations these important days and story behind them.”

The event will take place on 26 August Sunday, 13:00 at Highbury Fields.

Although foreign forces left the country for good in the autumn (or fall) of 1922, Turkish people accept August 30 as the date of the Turkish troops’ overall victory. Victory Day was first celebrated in only a few cities in Turkey – such as Ankara, Izmir, and Afyonkarahisar – on August 30, 1923. It became a national holiday in 1935. 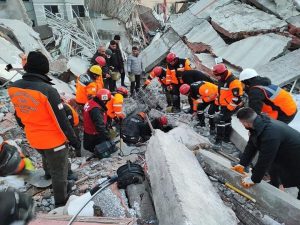