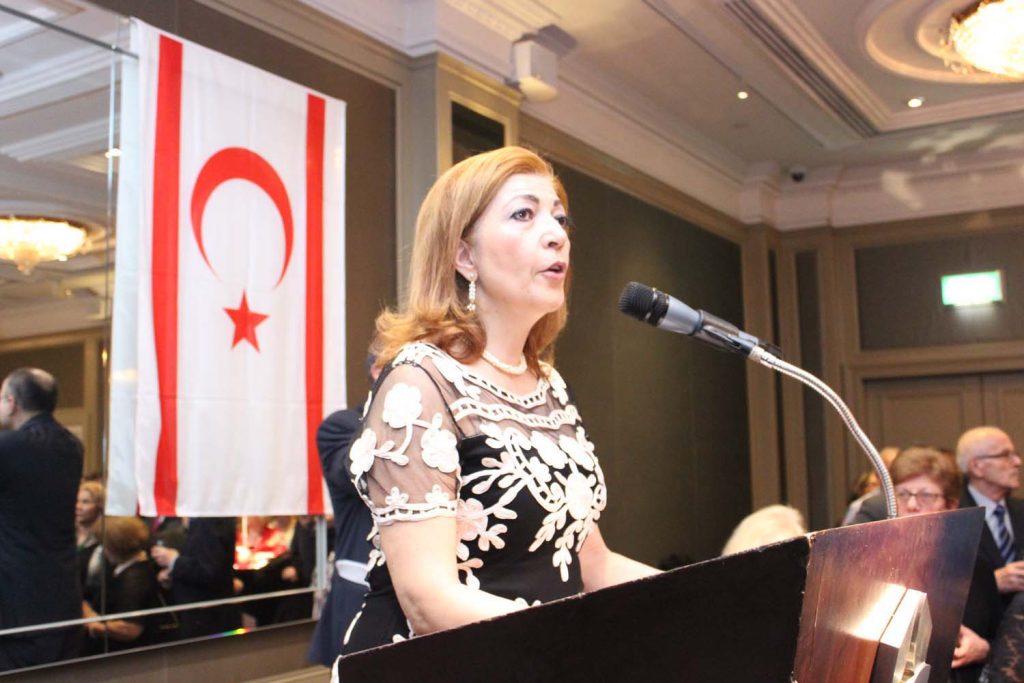 TRNC London Representative Zehra Başaran has shared a press message in regards to 20th July Peace and Freedom Day. In the press release, Başaran underlines the expectation of the United Kingdom providing a hand to get rid of embargoes imposed on the Turkish Cypriot community.

“Greek Cypriots had been brutally neglecting Turkish Republic’s equal consociate Cypriot Turks between the years 1963-1974. This situation had put our people’s lives under threat and danger. However, despite all bumps and obstacles, Turkish Cypriots never gave up and carried on fighting and resisting. This honorable resistance, on the 20th of July 1974 had reached its climax and has been celebrated as Northern Cyprus’ Independence, Freedom and Peace day.

I would like to extend my humble thanks to the heroic Turkish armed forces, our patient and equally heroic community, and all our cooperatives along with wishing my condolences for the lives that were lost. Happy Peace and Freedom day to you all”