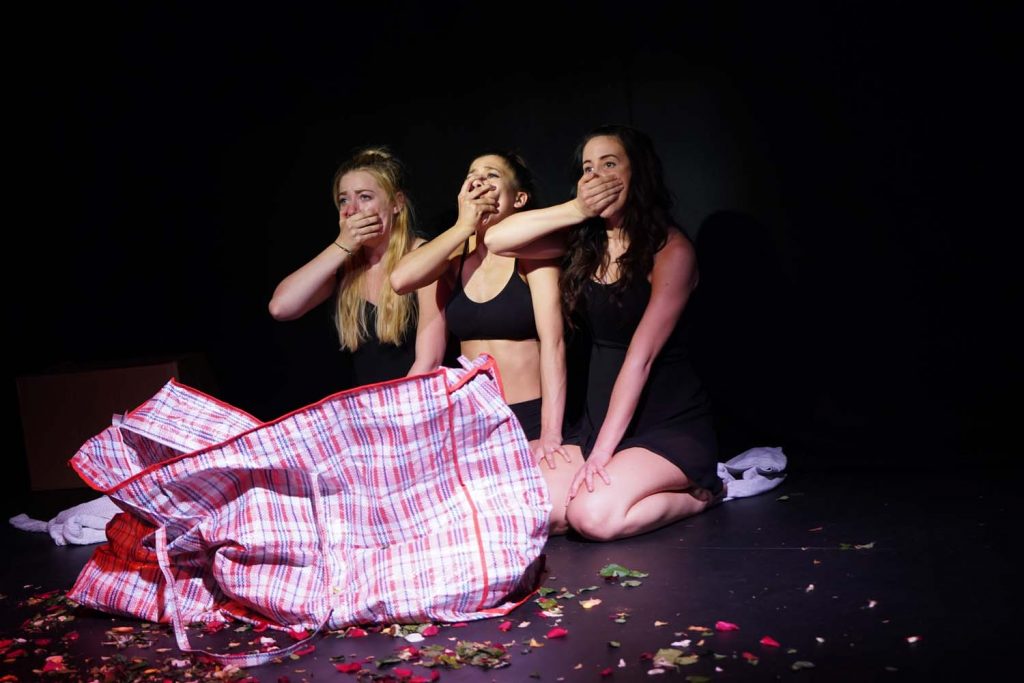 The theatre play, “Blurred Lines” explored the identities of women after being affected by the facets of sexualization and abuse. Raw expression was brought to the stage using the elements of movement and poetic language.

Blurred Lines was produced by Seren Ahmet, directed by Janise Sadik and performed by Seren Ahmet, Isabele Hernandez, and Makenna Guyler. The theatre play received great attention and raised awareness in regards to sexualization and abuse towards women.

Although being staged for the first time, the play attracted great appreciation and attention amongst young women and men. After the show, the theatre team was congratulated by the audience.