The process of voting in the United Kingdom has ended 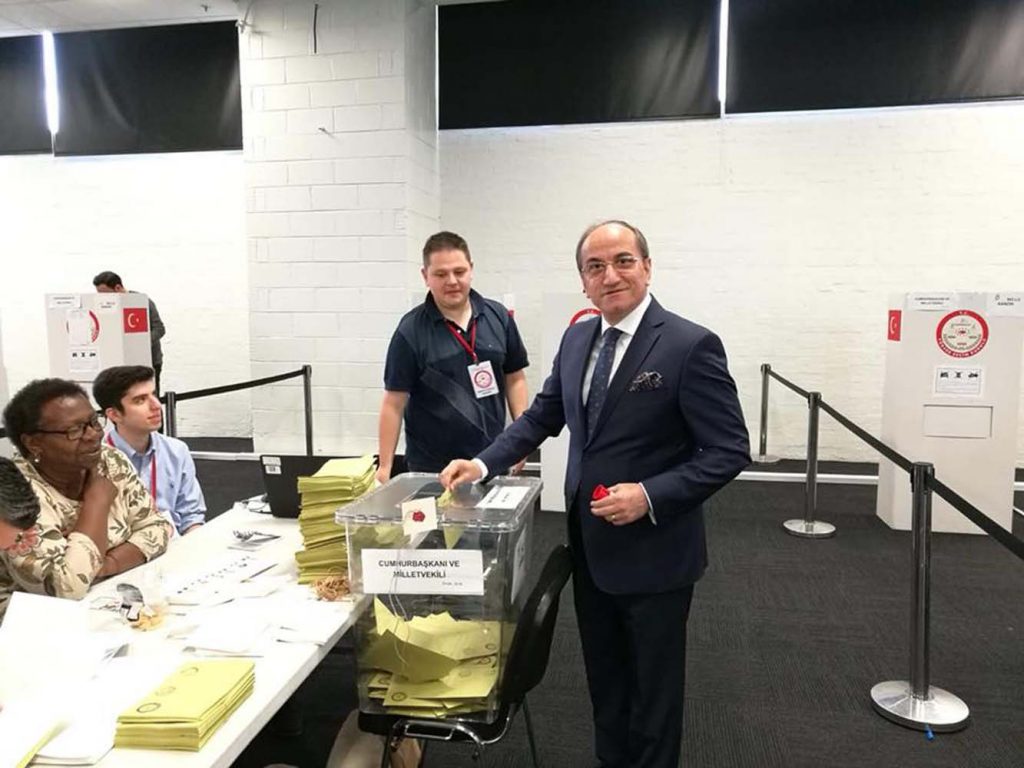 THE process of voting in the United Kingdom has ended for the elections in Turkey which be held June 24, the voting period in the UK consisted of four days at the Olympic Conference Center in west London.

Turkish citizens living in England, Northern Ireland, Wales and Scotland began voting on Saturday, 16 June at 09.00 am local time. The polling stations were open for 12 hours during the four days voting period. In total there are 98,000 registered voters in the UK and the highest amount of voting occurred on Sunday.

The London Ambassador Abdurrahman Bilgiç and Consul General Çınar Ergin voted on the first day of the voting period. Ambassador Bilgiç underlined and invited all citizens to vote.

According to the information obtained from the London election center, the first day of voting was 9 thousand 385, the second day was 16 thousand 249, the third day was 9 thousand 284 and on the final day, 5 thousand 561 voters voted.

Hence, in reference to the information held from the Edinburgh election center, 1804 citizens voted in total.

A total of 35,901 voters participated in the four-day voting process in London and Edinburgh.