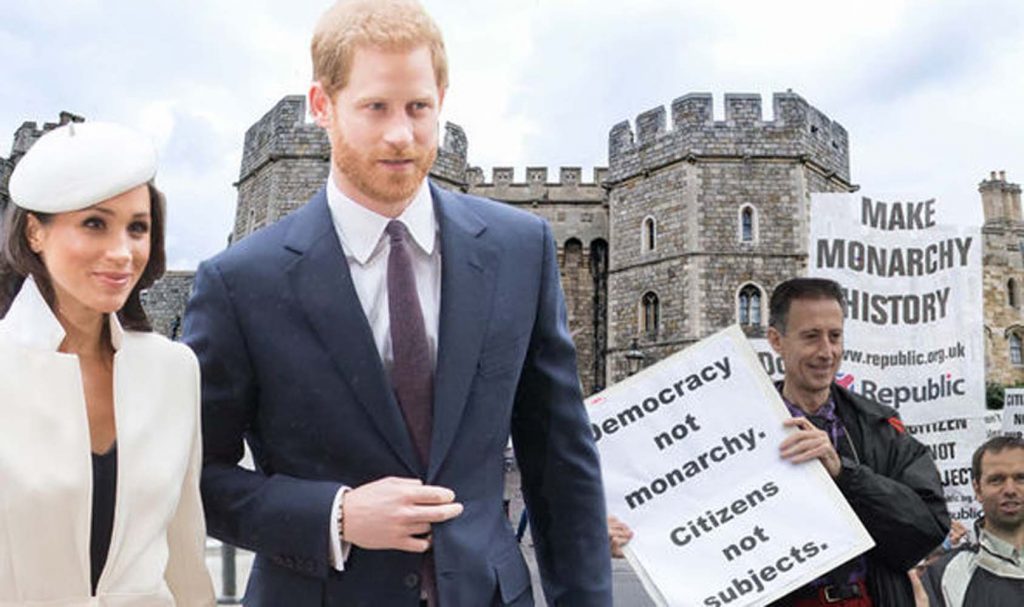 AN anti-monarchy group has sent a letter to the police to ask for peaceful protest to be permitted near the wedding of Prince Harry and Meghan Markle in Windsor.

Graham Smith, leader pressure group Republic, set out the royal wedding on 19 May as “PR for the monarchy”.

The province around Windsor Castle’s St George’s Chapel will be policed with armed and mounted officers.

The pressure group Republican, which argues for the abolition of the monarchy and its replacement with a directly-elected head of state, thus requested that peaceful protests not be restricted.

Mr Smith stated: “The monarchy is a contested institution and, while this is a private wedding, all major royal events such as this are used as PR for the monarchy.

It is therefore vital that the usual procedures and policies for allowing and facilitating peaceful protest remain in place.”