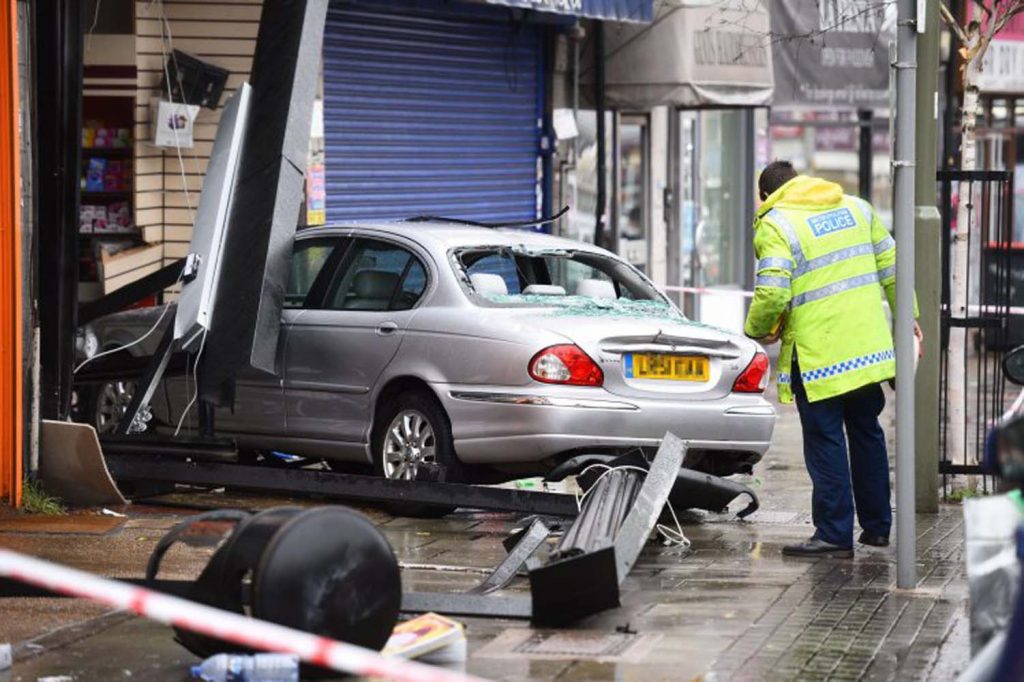 A pedestrian is fighting for his life after a drove into a pharmacy store in North London.

The pedestrian which has been injured has been rushed to hospital in a ‘life-threatening’ condition after the traffic collision in Golders Green, London before 11.45am this morning.

Also another person was injured in the collision but their condition is still unclear.

Statements from witnesses claim that as a result of the car crashing into a shop on Golders Green road, the pedestrian was trapped under the car.

Three ambulance crews attended the scene along with an air ambulance. London Fire Brigade service said in a statement: ‘Firefighters were called out to a road traffic accident involving a car in collision with a shop front on Golders Green Road, NW11, and earlier today.