FOUR younger have been selected as Enfield’s borough; the new members will be representative the borough at the UK Youth Parliament. 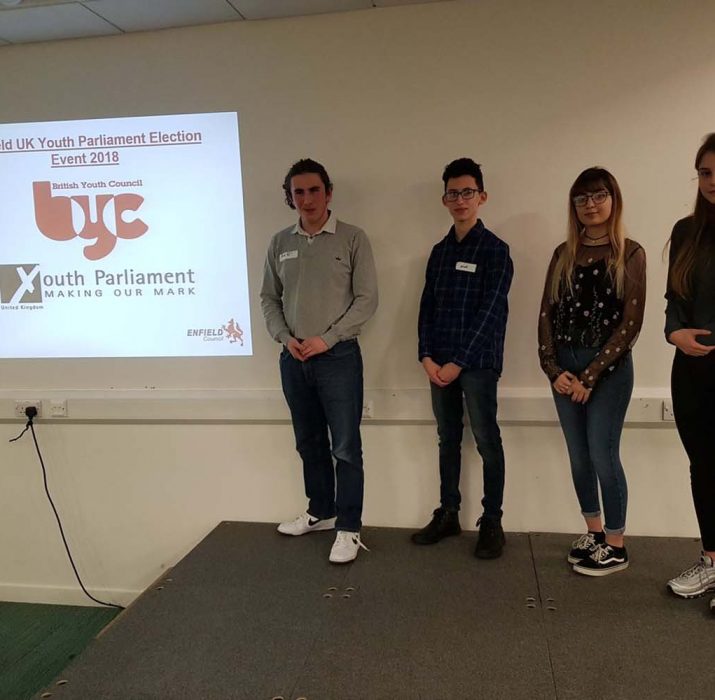 FOUR younger have been selected as Enfield’s borough; the new members will be representative the borough at the UK Youth Parliament. Members of Enfield’s youth parliament came together in the half term to vote for their new representatives.

Each member was entitled to vote and a decision was made at an event at the Dugdale Centre in London Road to take part in a day of discussion and questions and to hear presentations from those who are standing for the UK Youth Parliament. The election saw Theo Sergiou and Esra Gungor selected as the borough’s representatives and Lily Hassan and Nick Papanicolaou.

Enfield Council’s Cabinet Member for Education, Children’s Services & Protection, Cllr Ayfer Orhan, said: “Our youth parliament has a proud record of representing young people and their views and working to make sure their views are taken into account by Enfield Council.

“I wish the borough’s representatives well as they start their work in representing Enfield on the national stage and I am sure they will be fantastic advocates for the borough and an inspiration for future generations of young politicians.”