The ‘Parcel Parcel’ theatre show amused the audiences of London

THE drama team directed by Zalihe Susuzlu and the comedy theatre show ‘parcel parcel’ written by Aygün Kencer and Zalihe Susuzlu had amused the theatre lovers in London. 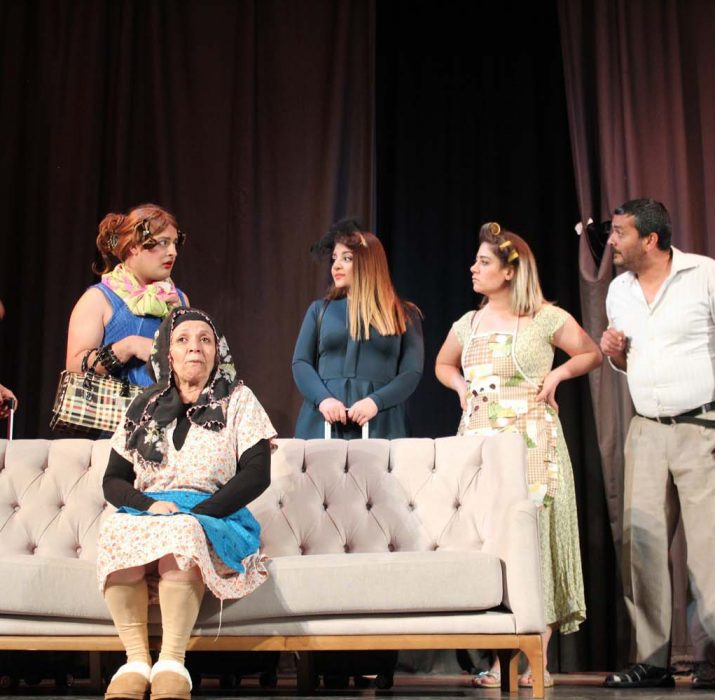 THE drama team directed by Zalihe Susuzlu and the comedy theatre show ‘parcel parcel’ written by Aygün Kencer and Zalihe Susuzlu had amused the theatre lovers in London.

The theatre play ‘parcel parcel’ was based upon the post-war period in Cyprus and it was it was written in a tragicomedy sense.

The theatre play made the audience have an amazing time and left some in tears of laughter.

At the finale of the event, Zalihe Susuzlu said, “Whatever happens let there always be love”.

Zalihe Susuzlu has been involved in the theatre field for 40 years and with regards to her experiences she further stated “during my 40 years theatre life, nothing makes more than happy and pleased if I’ve managed to gain people to the theatre which means my experience has been gone to waste.”

Susuzlu also thanked everyone which put an effort to organise this event and praised the audiences which attended to the theatre show.