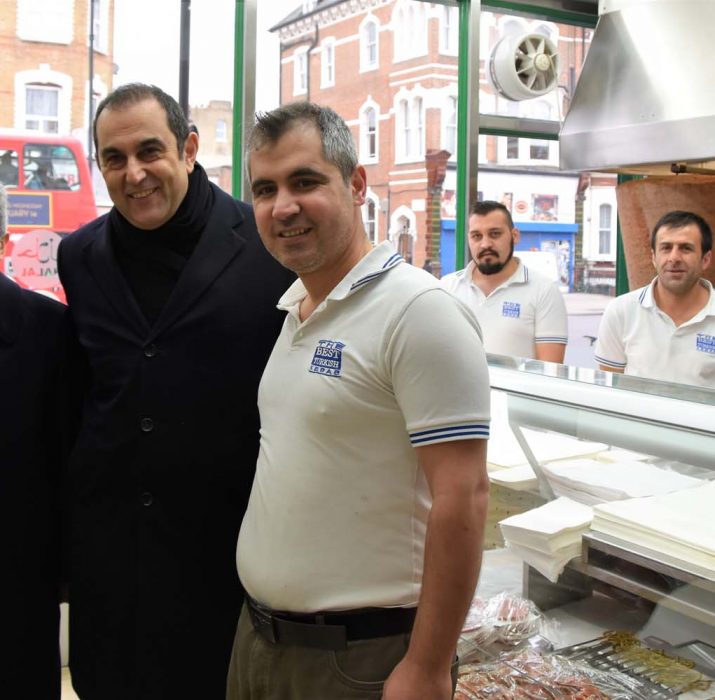 Consul General Ergin was accompanied by the vice consul Mert Sav who attended the Friday prayer in the Aziziye Mosque. Following Friday’s prayer, a group of about 20 people accompanied Ergin, who went to the office of businessman Osman Cinik. Group in Turkey London Education Consultant Hasan Ünsal, Turkish Airlines Manchester Director Osman Battal, MUSIAD Bursa Branch President Murat Bayizit, some businesspeople, and journalists. After lunch a brief conversation recently with increasing number of murders and the two Turkish citizens who lost their lives.

Ergin, who was put on the road after having tea, visited the shopkeepers who carried out commercial activities in the region. Ergin and accompanying delegation visited MUSIAD with UK President Nuri Bulgurcu and UETD UK President Erdal Yetimova and businessman Osman Cinik.

Visiting the Stoke Newington area, where Turkish businessman are concentrated, Consul General Ergin interviewed business owners and managers. Ergin, who had a chance to talk with shopkeepers during visits and listened to their problems.