THE FAMOUS actor and scriptwriter Osman Balıkçıoğlu, a popular names in Turkish speaking community in London and Cyprus, will meet with his readers to introduce his new book 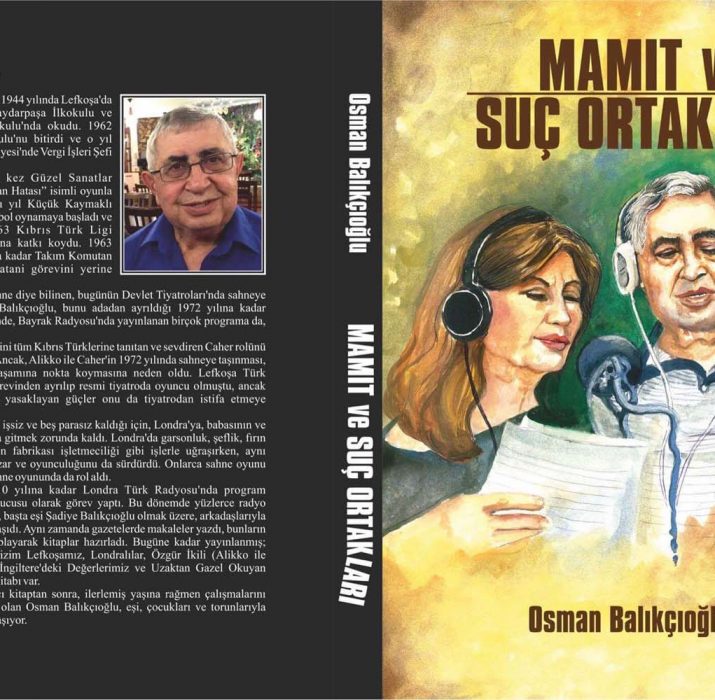 THE FAMOUS actor and scriptwriter Osman Balıkçıoğlu, a popular names in Turkish speaking community in London and Cyprus, will meet with his readers to introduce his new book ‘’Mamıt and Crime Partners’ (Mamıt ve Suç Ortakları) the book launch will be held at Grand Palace.

Speaking with us here at Londra Gazete Balıkçıoğlu said that the radio program titled ‘Mamıt and Crime Partners’ had a massive list of audiences, especially in the Turkish and Turkish Cypriot communities saying:

“On January 10, 2018, we are organising a book launch and signing of the new book ‘Mamıt and Crime Partners’ in Grand Palace between 7-9pm. For 15 years I wrote sketches on the London Turkish Radio. I have gathered together the sketches I believe were the funniest and greatest and formed a book which consists of 300 pages. Another feature of this book is that it is available to be purchased as a USB memory. In this way, you will be able to listen to these funny sketches at home, in your car or elsewhere. For the readers of this book, they can listen to the USB to hear how the characters are like.

My book presentation on 12th December in Cyprus was very successful and highly appreciated. I am convinced that our society in London will really like this book. I invite all our people to our event, which will be held free of charge on 10th Wednesday, January.”

If you are interested in the book of Balıkçıoğlu’s new book ‘Mamıt and Crime Partners’, do not miss the signing day which is to be held in Grand Palace on January 10th.