ATWGB members came together for tea 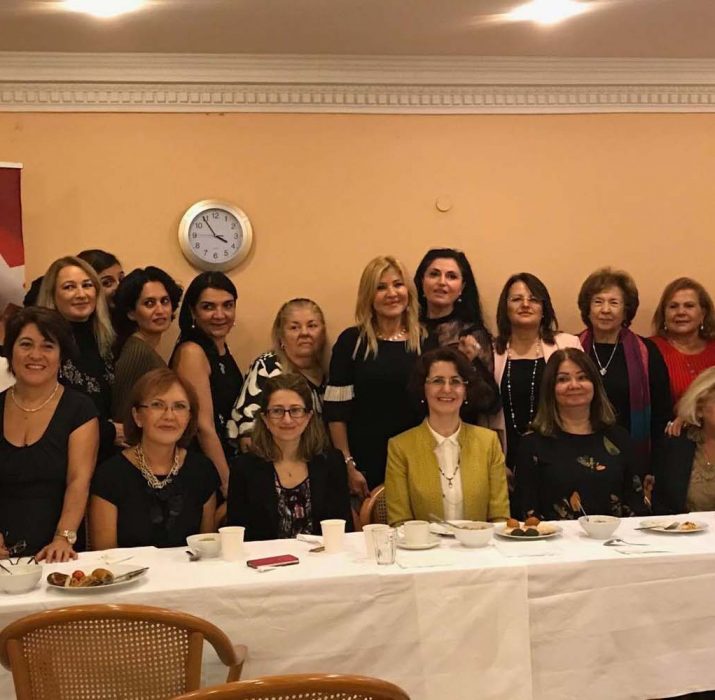 ATWGB President Maviş Fuchs and members of the Board of Directors Funda Aksanoğlu, Deniz Harput, Burcu Köstem, Nesrin Cömert and Devrim Karabulut engaged which the guests, the event took place in an intimate environment. ATWGB President Mavis Fuchs said “welcome” to everyone that after a long summer session, members met together. Recognizing that many new members have joined the association, Fuchs has introduced new members among them. Later on, Honorary President of the Association Esra Bilgic, said that ATWGB was reunited with members of the 16th term and joined the new members, saying that she was happy once again to join the tea party. She said: “I am sure that our association, which represents Turkish women in the best way possible, will benefit from the income they earn from the events they perform and with the contributions of our association, which has made important contributions to numerous organizations and projects both at home and abroad, in the new term. With the dedication of our members, I know we will continue to make changes in the way. I congratulate ATWGB President Mavis Fuchs and the Board of Directors. As Honorary President of the Association, I wish them the best of my heart and I want to express my satisfaction from being part of this association.” The ladies enjoyed the delightful tastes prepared by members of the Board of Directors; they also had the opportunity to chat with each other. At the event musician Koza Ünal gave a mini concert to the ladies with her flute. The young musician’s concert was received with great applause.