THE CELEBRATION for the 94th anniversary of the Republic Turkey also was celebrated with the 29 October Republic Day reception was organized at the Turkish Embassy in London. 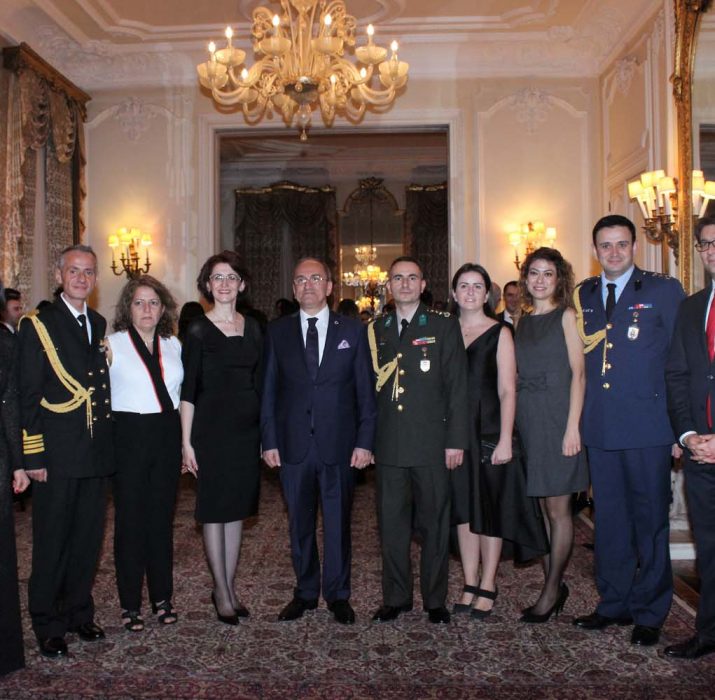 THE CELEBRATION for the 94th anniversary of the Republic Turkey also was celebrated with the 29 October Republic Day reception was organized at the Turkish Embassy in London. Turkish Ambassador Abdurrahman Bilgiç and his wife Esra Bilgiç hosted hundreds of Turkish and foreign guests from Britain and London, while Sir Alan Duncan, the British Minister for Europe and the United States, participated in the official visit to the Turkish delegation headed by Hayati Yazıcı, Turkish footballer Mesut Özil, currently playing for Arsenal football club, came together at the reception. Ambassador Abdurrahman Bilgic also read the message of President Recep Tayyip Erdogan in his speech, at the reception which took place on October 29th.

Sir Alan Duncan, the British minister in charge of Europe and the United States, remarked on the coup attempt in Turkey on 15 July: “First of all, I congratulate the 94th year of your Republic. Your country has a wide place in my professional life. I visited Turkey five times. It is unacceptable to attempt to overthrow the government in a democratic regime of the July 15 coup attempt. Britain is one of the first countries to condemn the coup attempt.”

Famous footballer Mesut Ozil, who stated that this was the very first time he had attended a reception like this, expressed his happiness for being part of it. The invited guests were competing with each other to take a photo with Mesut Özil on the day.