The chancellor is between “a rock and a hard place” for his forthcoming Budget on 22 November, a think tank says. 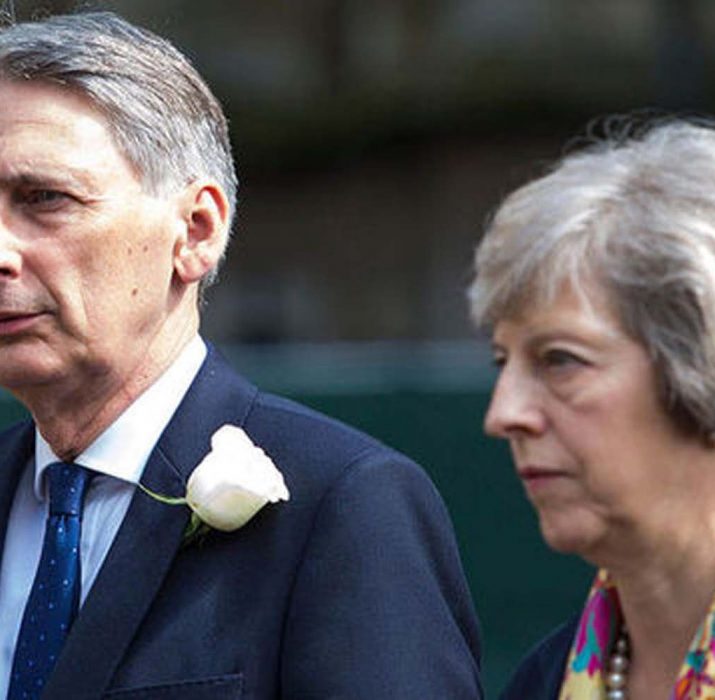 The chancellor is between “a rock and a hard place” for his forthcoming Budget on 22 November, a think tank says.

Philip Hammond may have to abandon his target for getting rid of the deficit if he wants to increase spending on public services, the Institute for Fiscal Studies said.

He is also facing a likely cut in the forecast for productivity growth, and uncertainty around Brexit, it said.

The Treasury said it would continue to adopt a “balanced approach”.

Mr Hammond is to unveil his Budget on 22 November – the first since the general election.

He has said he aims to eliminate the budget deficit – the difference between the government’s everyday spending and the money it has coming in – by the middle of the next decade.

He told the BBC last week: “We’ve already moved the target for balancing the books out from 2020 to 2025, but continuing to drive down the deficit in a measured and sensible way over a period of years… has to be the right way to go.”

The chancellor has been dealt a “very tricky hand indeed”, it says.

“Does he allow higher borrowing to persist, does he add to that with more spending, or does he try to offset that with greater taxes?” said IFS deputy director Carl Emmerson.

“Public sector workers, the NHS, the prison service, schools and working-age benefit recipients, among others, would like more money.

“Given all the current pressures and uncertainties, and the policy action that these might require, it is perhaps time to admit that a firm commitment to running a budget surplus from the mid-2020s onwards is no longer sensible.”

The deficit is likely to increase significantly if the Office for Budget Responsibility cuts its prediction for productivity growth of 1.6% a year in the face of the sluggish performance of the UK economy.

The projected deficit could be as much as £70bn if the OBR decides that productivity growth is closer to the 0.4% recorded over the past seven years, it said.

Even if the Budget includes some “giveaways”, it was unlikely to mean an end to austerity, Mr Emmerson added.

“That’s likely to continue, whatever the chancellor announces.”

The Treasury said it would continue its approach to “repairing” the public finances by “dealing with our debts while also investing in our public services”.

It had made good progress in reducing borrowing, but the national debt was still “far too high” at almost £65,000 per household, it said.

Shadow chancellor John McDonnell said the IFS analysis showed Tory economic policies had failed and that it was time for a change of direction.

“Instead of dragging millions of ordinary people through the endless misery of Tory spending cuts, the chancellor now needs to make a decisive break with past Tory failure and end austerity.”

Mr Emmerson wrote the report, Autumn 2017 Budget: options for easing the squeeze, with IFS research economist Thomas Pope. It was funded by the Institute of Chartered Accountants in England and Wales and the Economic and Social Research Council.

The IFS is an independent research institute founded in 1969 that aims to better inform public debate on economics.

It releases a closely watched analysis of each Budget the following day. (BBCNEWS)