THE ORGANIZATION for the Relatives of the Missing Persons of Cyprus, which is operating in the United Kingdom, organized a event for the missing persons of the Turkish and Greek Cypriots. 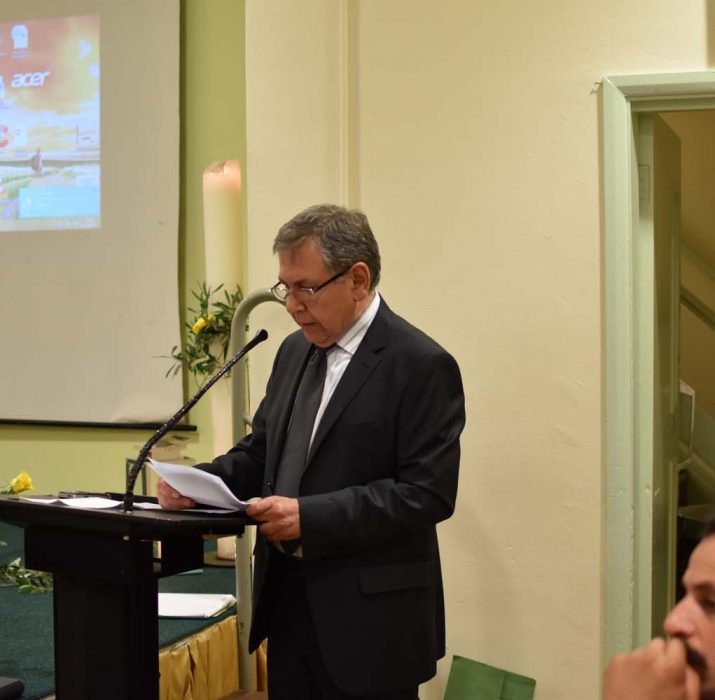 THE ORGANIZATION for the Relatives of the Missing Persons of Cyprus, which is operating in the United Kingdom, organized a event for the missing persons of the Turkish and Greek Cypriots.

Turkish Cypriots and Greek Cypriots came together at an event held on Saturday, October 21, at the Cyprus Community Centre. The event began with dinner, where relatives from both communities came together. The participants, who were served tastes from Cypriot cuisine, listened to the speeches and poems that were read later. President of the Organization of the Relatives of the Missing Persons of Cyprus UK, Neoklis Neokleus, thank everyone that join the event and talked about work done by the orgainiastion. Niki Loakim and Aycan Saraçoğlu, who came to the chair after President Neokleus, became touched by the poems they read. Sevgül Uludağ and Hristina Pavlu Solomi Patça, who made their speeches afterwards, conveyed the work they carried out on Greek Cypriot and Greek Cypriot losses in Cyprus. Sevgül Uludağ, a researcher and journalist who writes in Yenidüzen and Politis newspapers, and two group of friends and relatives of missing persons and war victims “We can succeed together”. Hristina Pavlu Solomi Patça said that they came to London for a second time for those lost in the scope of the project, speaking to Londra Gazete “We voluntarily conduct investigations without getting support. We are looking for missing Turkish Cypriots since 1963 and missing Greek Cypriots since 1974. We’re trying to figure out what their stories are and find out what’s happened to them. One of the reasons we come here is to tell you what we did, and to collect information about the missing persons from the British Cypriots. This is a common problem in both communities. Our aim is not only to help find missing persons, but also to work for peace for a better life in Cyprus. We can do this only by going back in Cyprus history, understanding each other’s sufferings and avoiding the tyranny of each other. ”