Turgut Esendağlı on his last journey

TURGUT Esendağlı, the former President of the Turkish Society Football Federation and Councillor for Enfield Council, took his final journey. 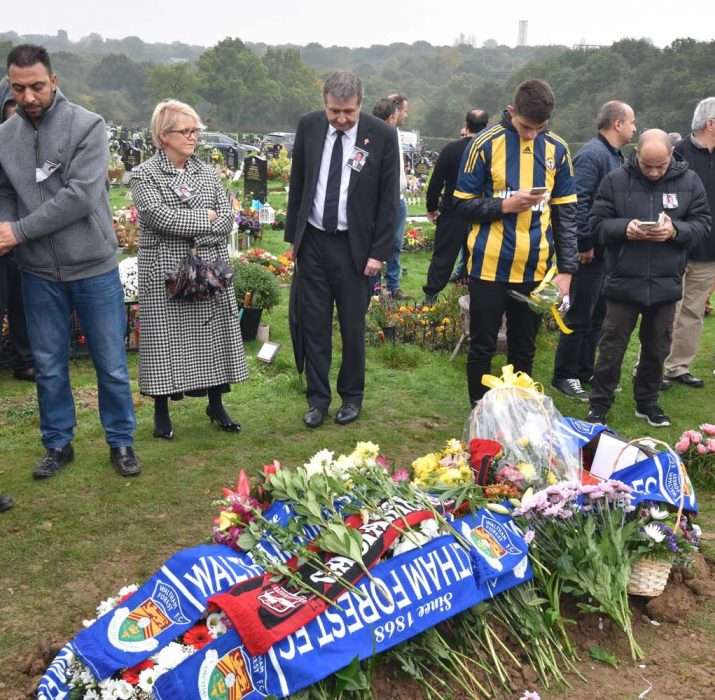 TURGUT Esendağlı, the former President of the Turkish Society Football Federation and Councillor for Enfield Council, took his final journey. Turgut Esendağlı who is known closely to the Londoners, especially the football community, lost his life on the 12th October. Esendağlı was being treated in hospital when he sadly pasted leaving his loved ones in tears. THEY DIDN’T LEAVE HIM ALONE

The funeral prayer that was performed in North London, Esendağlı was buried into his grave by his loved ones. Hundreds of people attended the funeral prayer on Thursday, October 19 at 10.45am at the Palmers Green Mosque. There were well-known names from the world of politics, football, business and education amongst his friends and loved ones, joined the funeral ceremony.

Before the funeral parayer took place Burhan Aygun gave a small speech on Esendağlı life, “Advice is not necessary for someone who has a coffin in front of you, because the sight he sees is enough to advise him, even as it grows. Our brother, Turgut’s surname was Esendağlı, and we were like brothers and sisters. He went away, leaving us with good teachings. We remember him with respect “. After Aygün’s brief speech, the cemrmory moved to Enfield’s Lavender Hill Cemetery here is where Esendağlı was laid to rest and was left for his final journey.