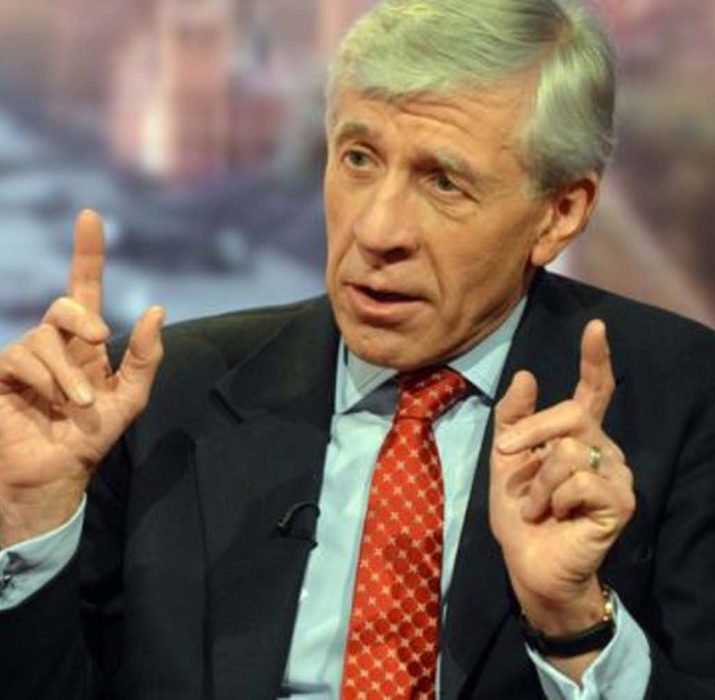 “The solution is to split the island and give international recognition to the Turkish Cypriot state in the northern part of the island,” he said, adding that Cyprus should now abandon negotiations to unite the island with a two-state and two-territorial state solution.

Straw stated in the Independent that the dispute between the Turks and the Greeks in Cyprus could only end with a split.

Using the phrase “Greek Cypriot side” for Greek Cypriot administration in the summer, JackStraw noted that accepting Southern Cyprus as a sole proprietorship without a solution in the island is one of the worst strategic decisions the European Union has taken.

“GREEKS ARE RESPONSIBLE FOR FAILURE”

Pointing out that the Greek Cypriot side is responsible for the failure of the final negotiation process, Straw used the phrase “the 11th international initiative for the Turkish Cypriot and Greek Cypriot negotiations was rejected by the Greeks as it was in all previous initiatives and in the next possible initiatives”.

JackSraw said the parties should now end their solution negotiations based on a two-state, two-pronged state, “as if this were possible”. Straw stressed that the solution was to divide the island and give international recognition to the Turkish Cypriot state in the North.

Straw, who pointed out that Turkey’s intervention in the island occurred after the extreme right-wing Greek troop stroke, and that the cuntan had fallen at the end of the intervention, said: “If a group of British were equally threatened, Britain would have had similar intervention. Therefore, it is not right to argue that Turkey should not intervene. ”

“SHOULD END THE DISCRIMINATION”

JackStraw now removes all discrimination against Turkish Cypriots who are EU members; administrative and structural aspects of the EU must be prepared.

Straw said that the EU Foreign Affairs Council’s attempts by Turkish Cypriots to rescue this uncertainty from the abandonment and to improve the problems arising from the situation have not ended with the “Republic of Cyprus” blocking.

Pointing out that the Greek Cypriot side is not recognized as an exemplary EU member, Straw, who exemplifies the bank crisis in 2012-13 and offshore banking activities in Russia, is in the TheGuardian newspaper about Southern Cyprus “issuing passports for money” field allegedly.

Jack Straw said that in order for any negotiation to be successful, both sides need to get something but Greek Cypriots see political equality with the Turkish Cypriots as a power loss.

“But if negotiations were about EU membership, I think an agreement could be reached. But since that is not the case, no Greek Cypriot leader can take the support of the electoral vote in a possible deal. The status quo for the South is more comfort than necessary. I think it is time for international communities to recognize this fact and recognize the division of the island. “