AN OLD age pensioner has been left with a broken back, after he was attacked by a gang of thugs in East London, on Sunday 27 August. 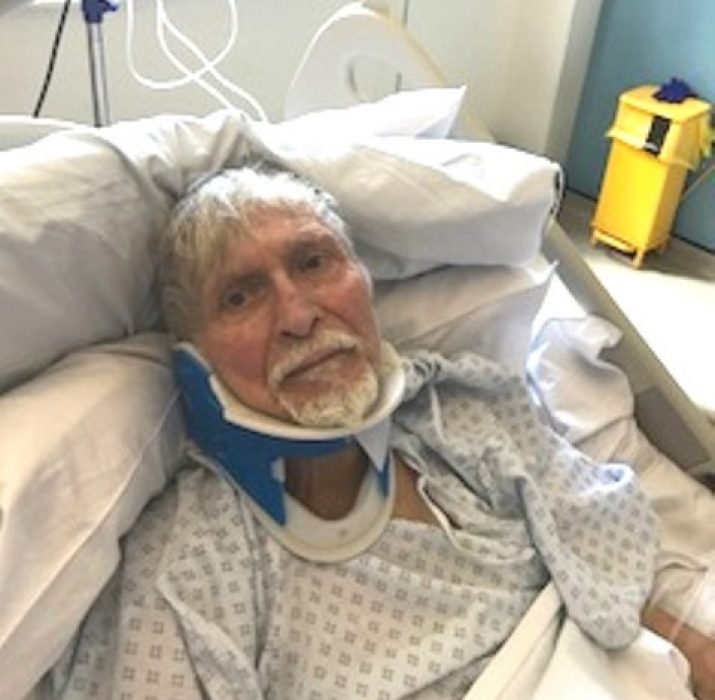 AN OLD age pensioner has been left with a broken back, after he was attacked by a gang of thugs in East London, on Sunday 27 August.

The 82-year-old man Ahmet Dobran, who is battling cancer was grabbed by the neck and struck on his back and arms by three men who ripped jewellery from his wrist.

Ahmet Dobran who uses a walking stick, was left defenseless during the incident as he walked home from the shops in Newham.

Police said the attack has aggravated other conditions he had, such as Parkinson’s. PC Sam Bush, the investigating officer, said: “How three grown men can be so vicious in attacking and robbing an 82-year-old man with a walking stick is beyond comprehension.

According to Scotland Yard, the trio then pinned him down to steal his gold bracelet and Longine watch.

PC Bush continued by saying: “He was out shopping at the time of the attack and had bags of shopping in his hands, which made him even more vulnerable.”

The robbery, which happened just before 7pm on Sunday August 27 in Sussex Road, left the pensioner with three fractured vertebrae.

Police also said: “The callous men who attacked Ahmet swore at him throughout the attack. He is understandably in a state of shock and in a serious but stable condition in hospital. We need to catch these vicious thugs before they target anyone else as they clearly have utter disregard for their victims and do not hesitate to use violence.”

Mr Dobran, who has been undergoing treatment for cancer, is still in a serious but stable condition in hospital.

Police have released images of three men they would like to speak to in connection with the attack.

Anyone who can help or has relevant information should contact police on 101.