Growing uncertainty about an ‘open skies’ deal between the UK and European Union countries ahead of Brexit risks triggering a catastrophic slump in British air travel, according to the country’s biggest airports. 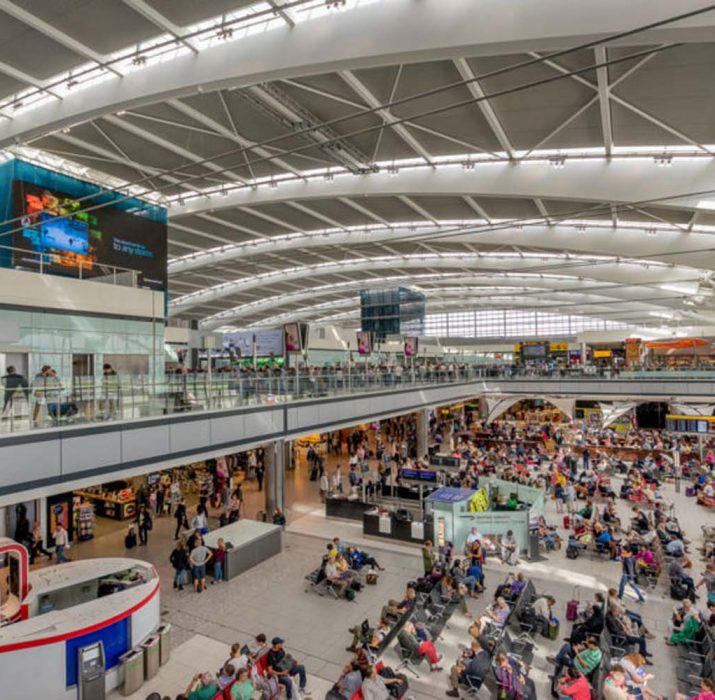 Growing uncertainty about an ‘open skies’ deal between the UK and European Union countries ahead of Brexit risks triggering a catastrophic slump in British air travel, according to the country’s biggest airports.

Sky News has obtained a confidential report submitted to Government by Gatwick, Heathrow, London City, Manchester and Stansted airports, which urges the EU and the UK Government to target October next year as the deadline for an interim aviation arrangement.

The report, written by consultancy WPI Economics, is understood to have been sent to ministers in recent weeks.

Its emergence highlights the importance attached to an early aviation agreement between the UK and EU – an industry priority given added urgency by the fact that the sector is not subject to a World Trade Organisation (WTO) framework and therefore faces seeing flights grounded without a new temporary or permanent deal.

The document’s most pessimistic scenario forecasts that between March 2018 and March 2019, there could be a 41% fall in passenger demand across Britain’s biggest airports – equating to 8.1m bookings, or 16.2m journeys, between the UK and EU countries

While WPI does not attempt to quantify the potential revenue impact of such falls, a source at one of the operators said it was likely to be hundreds of millions of pounds across the five airports.

That would translate into much bigger sums in the regional economies surrounding the airports.

The report, titled ‘Brexit and the aviation industry: the opportunity for certainty’, is thought to be the first time that the owners of Britain’s four largest airports, as well as the smaller London City, have joined forces to warn of the risks of uncertainty about post-Brexit arrangements.

“With airlines, passengers and airports having to plan months if not years in advance, this has potentially detrimental consequences for UK competitiveness, trade, growth and living standards, which all become more significant the longer that UK and EU negotiators fail to deliver a new trading relationship or transitional deal,” the WPI report says.

“This is an important point.

“Although an 11th-hour deal may prevent planes from being grounded, damage to the aviation industry and the wider economy would have already been done.”

WPI stresses that an early agreement with the EU is necessary because the closer the industry gets to the end of the Article 50 withdrawal process without a deal, “the greater the negative economic consequences will be”.

“Any slowdown in aviation traffic will undoubtedly have detrimental consequences for UK competitiveness, trade, employment, growth and living standards and airport infrastructure and foreign direct investment,” said one airport industry source who has seen the report.

Heathrow’s involvement in jointly sponsoring the document is intriguing because of its consistent argument that it needs to build a third runway because of soaring demand for flights from the UK’s only hub airport.

The airports’ collective alarm bell follows a string of similar warnings by airlines in the 14 months since the EU referendum.

Last month, Michael O’Leary, the Ryanair chief executive, met Chris Grayling, the Transport Secretary, to reinforce an earlier statement that airlines would be “cancelling people’s holidays” in the summer of 2019 without a new UK-EU aviation deal.

A source close to Mr Grayling said preliminary informal talks with his EU counterparts had been “positive”.

Mr Grayling has also met with US officials and airlines to discuss the potential renegotiation of aviation deals with ‘third countries’ that will be affected by Brexit.

A Government spokesman said: “Aviation is absolutely crucial to the UK’s economy and we are committed to getting the right deal for Britain. (SKYNEWS)