Upon the first year anniversary of the failed coup attempt in Turkey, a briefing given to the press took place at the Turkish Embassy of London. 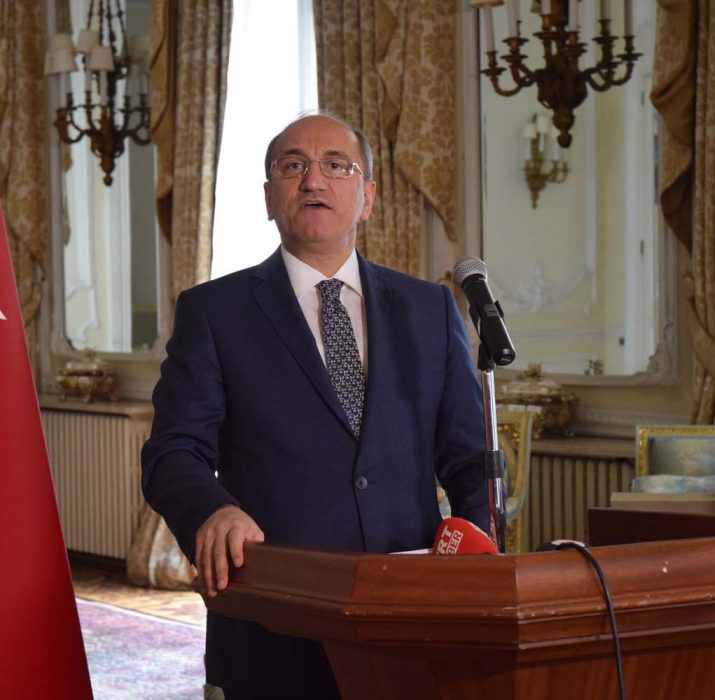 Upon the first year anniversary of the failed coup attempt in Turkey, a briefing given to the press took place at the Turkish Embassy of London. Meeting with the local, national and international press members, Ambassador Abdurrahman Bilgiç gave a speech of examining the coup attempt process and the post-coup attempt Turkey.

“Dear members of the press, let me begin by saying that, one year on, we are still struggling to overcome the trauma of this existential threat to our country. It was the worst act of terror in the history of the Turkish Republic. I still have a difficulty in finding appropriate words to describe the brutality and treachery of putschits…

“..July 15 was not a typical military putsch. As soon as we saw fighter jets flying over Ankara and Istanbul, we recognised that there was something amiss. This feeling was later intensified by the horrifying realisation that it was beyond a military coup. Perpetrators of this hideous undertaking actually consisted of the disciples of Fethullah Gülen, the man who calls himself as ‘Imam of the Universe’… “

“…They used lethal military hardware against innocent civilians who took to the streets to defend their democratic institutions. They killed unsuspecting military personnel who took them for their comrades in arms…”

“…As you know, we declared a State of Emergency immediately after the foiled terrorist coup attempt. This was later extended until mid-July 2017 in full conformity with our national legislation and international obligations. State of Emergency was necessary to make the state organs act swiftly and effectively. It has never been intended to intervene Daily lives of our citizens…”

Upon his speech, Ambassador Bilgiç then answered the questions of press members over treats.