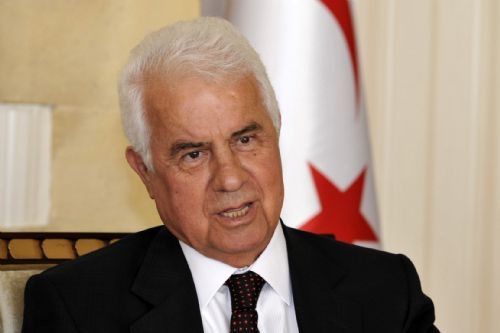 TURKISH CYPRIOT president Derviş Eroğlu has been quoted as saying the Turkish army’s guarantee over Cyprus will be preserved.

In an interview published by Greek political magazine Crash under the headline “, Mr Eroğlu says the Turkish army “will remain” on the island.

He goes on to say that the recently restarted negotiations were not new, but rather a continuation of the talks that were paused owing to change of governing on the Greek side of Cyprus.

“Turkish troops are not an invading force in Cyprus,” Mr Eroğlu says. “They are in Cyprus on the request of the Turkish Cypriot people, following the Enosis-aimed Greek coup on 15 July 1974, and arrived under the Guarantor Agreement to prevent Turkish Cypriots from death and the island from entering under Greek sovereignty.

“All political parties in the assembly of the Turkish Republic of Northern Cyprus agreed in 2010 that the removal Turkey’s active and effective guarantee over Cyprus is a dealbreaker.”