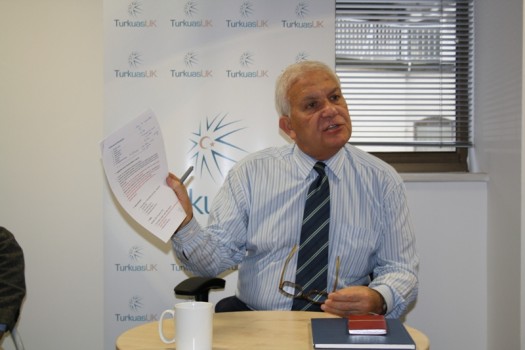 Dr Mustafa Camgöz, who this week stepped down from Turkuas-UK

THE FOUNDING chairman of an organisation charged with representing Turkish speakers abroad has shocked the community with his resignation.

Dr Mustafa Camgöz said he was standing down as chairman of Turkuas-UK because his cancer research at Imperial College London had reached a critical phase and now demanded all of his time.

He took the position when Turkuas, the Assembly of Turkish-speaking Communities in the UK, was established in May last year with funding from the Turkish government.

At a press launch in the presence of Turkey’s ambassador and consul-general, Dr Camgöz had hailed the assembly as an initiative to develop projects in conjunction with selected organisations in Britain and thus address some of the communities’ problems.

He added they had been careful to seek the support of different sections of the community and that it had become increasingly  important for Turkish-speaking citizens to be represented in British state organisations.

But the new assembly had not been met with universal praise.

Timur Doğruyol, the president of the Federation of Turkish Associations in the UK, spoke at the meeting of his astonishment at not being informed of the work to established Turkuas-UK.

“We don’t doubt your good intentions,” he told the meeting, “but we are disappointed to have heard about it just one day before the meeting. We are concerned that initiatives such as these could be seen as an attempt to divide the community.”