Man cuts his throat with razor blades in Boots store

A “disturbed” mental patient killed himself when he walked into Boots and slit his own throat with razor blades in front of horrified shoppers, an inquest heard. 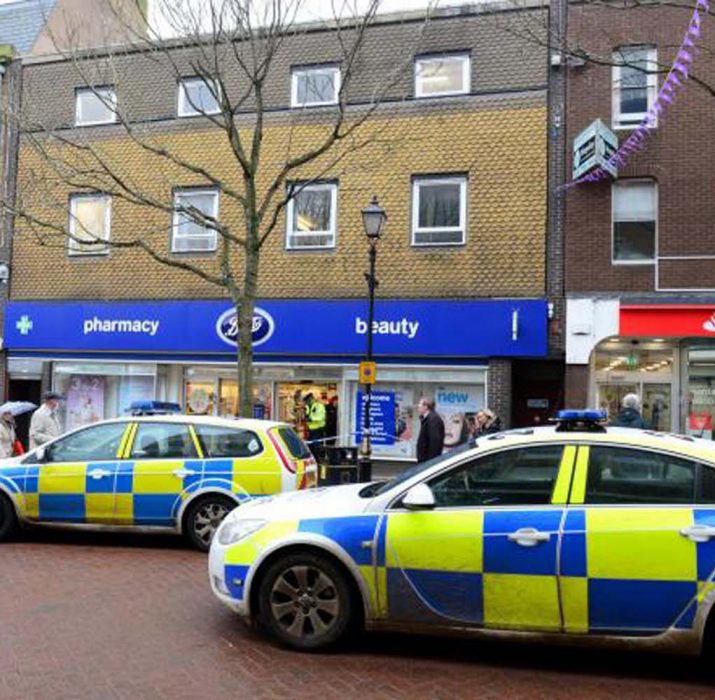 A “disturbed” mental patient killed himself when he walked into Boots and slit his own throat with razor blades in front of horrified shoppers, an inquest heard.

Nathan White, 50, was pronounced dead minutes after ripping into the packet of disposable shavers and slashing himself.

A police officer desperately tried to stem the bleed as blood ran down the aisles and terrified customers fled the shop in Newcastle-under-Lyme, Staffs., on February 12.

Senior coroner Ian Smith recorded a conclusion that Mr White, of Werrington, Staffs., committed suicide “whilst the balance of his mind was disturbed”.

North Staffordshire Coroner’s Court heard the cause of death was exsanguination due to incised wounds to the neck veins.

Police discovered a razor blade and packaging torn open and discarded near his body in Boots.

Mr Smith said: “It’s not very often that I come across a case that troubles me quite as much as this.

“To inflict death upon yourself in such a public manner is about as dramatic as it gets.

“It was clearly done with a purpose and with intention. The determination required to inflict such wounds to his neck points to an intention to kill.”

PC Daniel Sambrook, a local policeman, told the inquest on Tuesday (20/12) how he desperately tried to save Mr White’s life.

He said: “When I arrived, I saw a lot of hysterical members of the public leaving the store.

“I knew it was serious when we were running towards the incident. There was blood running under other aisles prior to arriving where Nathan was.

“He clearly had extensive injuries and blood loss. I asked for towels to try to stem the blood and I did so as much as I could but as soon as I was putting something on it was very quickly being soaked up.

Mr White’s mum, Blanche White, said her son – who had Autistic Spectrum Disorder and OCD – had suffered from mental health issues since the age of ten.

She said: “He felt persecuted. He was a clever boy who never managed to achieve anything because of the state he was in.

“He couldn’t concentrate on things for long. He had a problem with headaches for a long time and he suffered from depression and anxiety.