The European Court of Human Rights (ECHR) unanimously ruled on Nov. 22 that the seizure and confiscation of all copies of a magazine published by the Ankara-based LGBT rights group Kaos GL, for more than five years, violated freedom of expression. 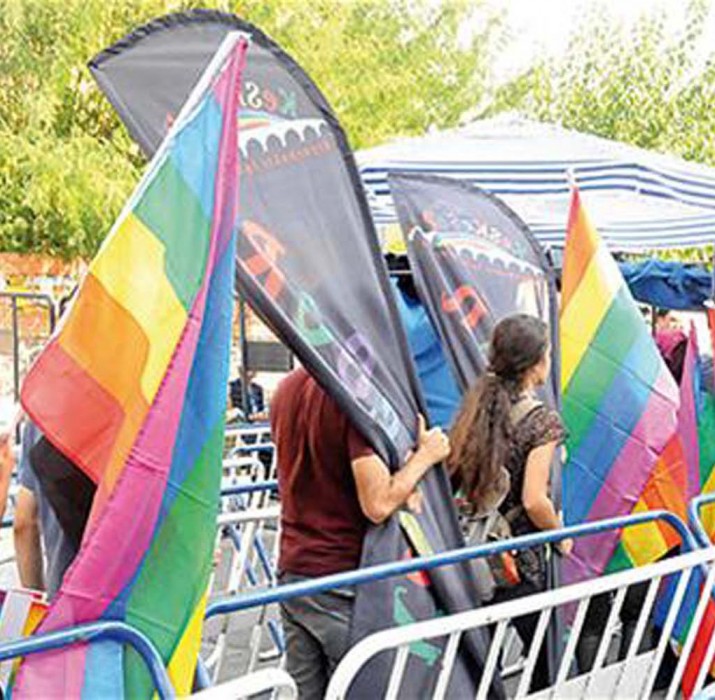 The European Court of Human Rights (ECHR) unanimously ruled on Nov. 22 that the seizure and confiscation of all copies of a magazine published by the Ankara-based LGBT rights group Kaos GL, for more than five years, violated freedom of expression.

The court condemned the seizure of all copies of the July 2006 Issue 28 of the magazine, which was justified at the time in the name of “protecting public morals.”

“The Court therefore held that the seizure of all the copies of issue 28 of the magazine Kaos GL amounted to a disproportionate interference in the exercise of the applicant association’s right to freedom of expression and was not ‘necessary in a democratic society’ within the meaning of Article 10 [freedom of expression] of the Convention. There was therefore a violation of Article 10 of the Convention,” the court said.

Some 375 copies of the 28th issue of the magazine were seized by police on July 2006 during the printing process “to protect public morals” following an Ankara Chief Public Prosecutor’s Office’s decision, which said it contained pornographic articles and interviews on homosexuality and had explicit and graphical illustrations.

The local court said the magazine should only be sold with special packaging, while not specifying any article or illustration in the magazine for the charges.

One of the magazine’s lawyers appealed the decision, but the court subsequently rejected it. Kaos GL later applied to the ECHR on Jan. 26, 2007 after exhausting all domestic legal avenues.

“Even supposing that the issue seized, accompanied by a warning for persons under the age of 18, could have been distributed after the return of the confiscated copies, that is to say after the Court of Cassation judgment of 29 February 2012, the Court held that the confiscation of the copies of the magazine and the delay of five years and seven months in distributing the publication could not be considered as proportionate to the aim pursued,” the ECHR said its decisions.

The prosecutor had also sought up to three years of prison terms for the magazine’s managing editor Umut Güner, who was later acquitted of charges in 2007. The local court held that not all the factors constituting the offence were present because the copies of the magazine had been seized before they could be distributed.

The court also ordered the return of the 378 copies of the magazine seized to the defendant once the decision had become final. (Hürriyet Dailynews)