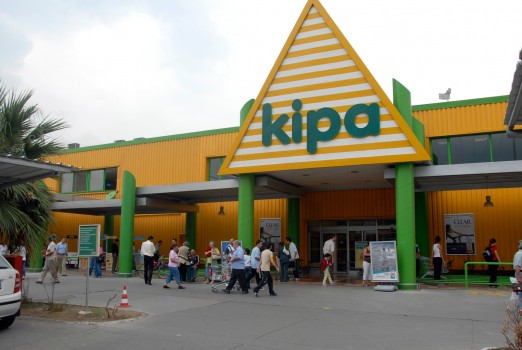 Tesco in Turkey has been fined £33.9 million by the country’s tax authorities for not paying VAT since 2008.

Tesco trades in Turkey as “Kipa”

The retailer’s Turkish subsidiary, which trades as Tesco Kipa, was told it it had not paid 50.2 million Turkish lira (£13.5m) in Value Added Tax due on a £175.2 million payment it received from its parent company Tesco plc in 2008.

Added to a fine of more than 75.3 million, Tesco Kipa faces a total tax bill this year of 75.3 million Turkish lira (£33.9m), according to a statement by the company to the Public Disclosure Platform on Monday.

A Tesco spokesperson said: “We believe the claim has no basis and are in discussions with the Tax Authority.  We will seek to resolve this issue in accordance with our legal rights.”

It emerged last week that Tesco was in talks with several companies over restructuring Kipa.

The Financial Times reported it had held talks with BC Partners, the majority owner of Migros, the largest supermarket chain in Turkey.

“Tesco is in the first stages of talks with various companies regarding various options,” Kipa said in a statement to the Istanbul stock exchange earlier this week, but did not elaborate further.

In a similar statement, Migros said in a statement: “BC Partners periodically evaluates various alternatives for all its existing investments including Migros.”

Analysts told Reuters they saw merit in a possible Turkish joint venture, speculating that a deal could be structured in a similar way to Tesco’s move in China, where it took a smaller share of a bigger group.

Tesco’s chief financial officer, Laurie McIlwee, had previously described Kipa’s business as “very profitable” around Izmir, on Turkey’s western coast, but added the business in the east around Ankara, where its stores are bigger and the brand is not so well known, lacked “critical scale”. He said it was this business the firm needed to work out what to do with.