Soldiers to be put on standby for flood response

Around 1,200 soldiers will be put on standby this winter to help Britain cope with flooding. 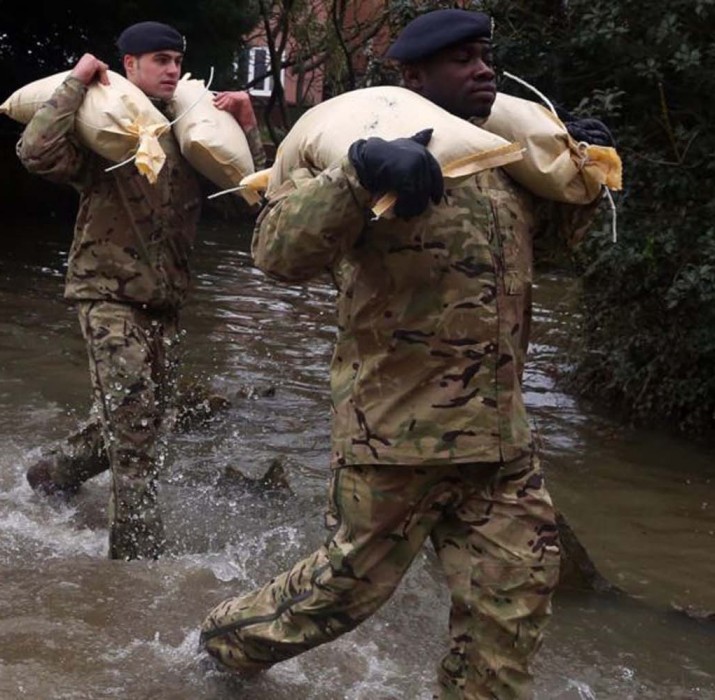 Three battalions, based in the North, Midlands and South, will be kept at a state of high readiness for three months at a time, ready to respond if called upon.

The response will be predominantly led by the Army but will also include members of the Royal Navy and RAF.

The move is a response to criticism of the Government’s handling of major floods in recent years.

The military was drafted in to build flood defences and evacuate homes in Cumbria, Lancashire and Yorkshire during the winter floods of 2015 but a review by the MoD found that the national response could have been better.

An additional £12.5m will be made available for extra temporary flood defences at strategic locations across the country and £1bn will be spent maintaining existing defences.

A free number – 105 – will also be set up for people to report power cuts.

Minister for the Cabinet Office Ben Gummer said: “We want to make sure that people across the United Kingdom keep safe, warm and healthy this winter.

“That is why we are working together to prepare for all that winter may bring, from providing flu vaccinations to specialist equipment and resources to deal with winter flooding.

“With the army standing by, we have the most comprehensive winter plan yet to keep people safe and the country moving.” (skynews)