Cyprus Turkish Association elects its new board of directors

Cyprus Turkish Association elected its new board of directors through the general assembly gathering. After the announcement, the visions and mission were remarked and stated. 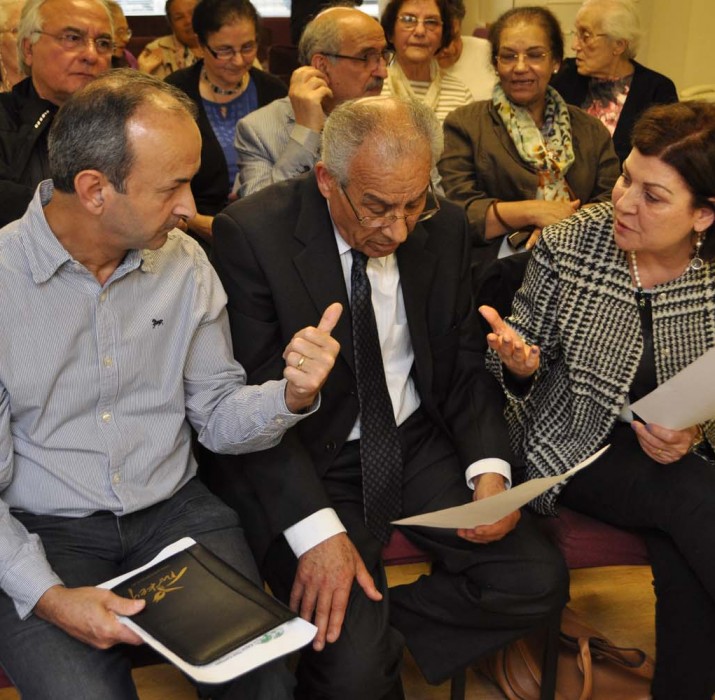 Cyprus Turkish Association elected its new board of directors through the general assembly gathering. After the announcement, the visions and mission were remarked and stated.

Cyprus Turkish Association’s 46th, 47th and 48th general assembly took place at the Turkish Women Philanthropic Association (TWPA) building. The council board that was joined by Tevfik Zekai, Arife Retvan and Sinem Arıca listened to the latest reports and the agenda of the organisation including the organisation president Emir Osman’s 3 years of action report. Emir Osman, tackled the internal problem that had occurred in the past years.

Osman remarked the fact that the charity building that was bought in Soho happened in a partnership with Cyprus based EVKAF with the agreement of sharing the building half by half between Cyrus Turkish Association and EVKAF. Osman, continuing his speech said “Unfortunately we have been unable to have what we deserved in the building as we only could acquire 2 floors of the building”. After the speeches and reports presented to the council, the new members have been Emir Osman, Niyazi Yalçın, Vehbi Ballıkaya, Aydın Elkiner, Ali Uskuri, Işık Vedat and Ülkü Demirel along with Tevfik Zekai, Kemal Soyer, Arife Retvan, Şaban Hüseyin and Hasan Salih being elected for the Court of Honour.

Emir Osman, as being elected as the president for the second time stated that they will strive to make their services better by starting with the building in central London and making it open for the community.