Turkish Holiday 19 May was celebrated on the Thames

Turkish Youth Union, celebrated the very important Turkish national holiday of Youth and Sports Holiday, which also falls into the day when Mustafa Kemal Ataturk had started the Independence War with a glittery Thames tour. 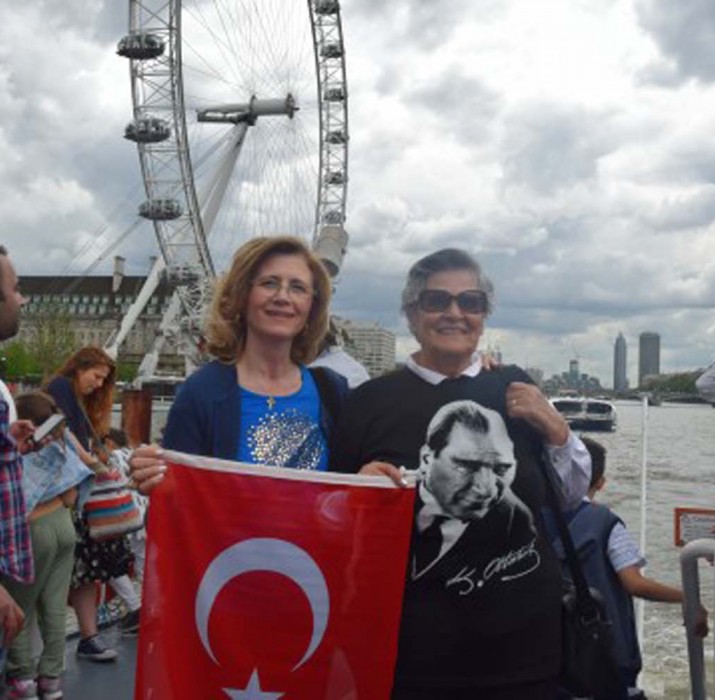 Turkish Youth Union, celebrated the very important Turkish national holiday of Youth and Sports Holiday, which also falls into the day when Mustafa Kemal Ataturk had started the Independence War with a glittery Thames tour.

With London’s cultural, histrpical and artistic textures’ accompaniment, the event took place on the 22nd of May Sunday with special offerings in food, music and performances. Many attenders enjoyed the colourful day by relishing the performances and very tasty Turkish cuisine traits. TYU vice-chancellor Elif İlhamoğlu, in her speech, said “Worry do not, Turkish youth is here! We are more than proud to be here and protecting our cultural heritage”. Many other organisations like Ataturkcu Dusunce Dernegi (Ataturk Idealism Charity) and students from Hornsey Ataturk School performed poems with the participation of the audience.

The event, had its finale with the live music session of Yiğit Çıtak and The Tengri.

What’s the significance of 19 May?

The Commemoration of Atatürk, Youth and Sports Day in Turkey features state ceremonies and sports events throughout the country on May 19 each year. Young Turkish athletes carry the Turkish flag from a Black Sea port to the country’s capital to commemorate Turkey’s War of Independence (1919–1923). In the run-up to the May 19 celebrations, young Turkish athletes carry the national flag from Samsun, a Black Sea port from where Mustafa Kemal Atatürk started Turkey’s War of Independence in 1919, to Ankara, the country’s capital. The marathon usually takes about 10 days. The Turkish president accepts the flag at a ceremony on May 19.

Various sports events take place on May 19 throughout Turkey. Many people celebrate this day by watching athletes perform at their local stadiums or by participating in sports events that are open to the public, such as half-marathons. University students usually prepare special programs for their teachers and parents on this day.

Many Turks also observe May 19 as Atatürk’s birthday. Although the exact date of his birth is not known, Atatürk used to say he was born on May 19 (referring to his political career). Many people lay wreaths to Atatürk’s monuments and hang Turkish flags outside their windows.

he founder of the Turkish Republic, Mustafa Kemal Atatürk, arrived in Samsun on May 19, 1919, to start a popular uprising against the decision of the World War I allies to divide many territories of the defeated Ottoman Empire. Turkey presently accepts the date of Atatürk’s arrival in Samsun as the starting date of the Turkish War of Independence. Following Atatürk’s wish, the Turkish government declared May 19 to be Youth and Sports Day and made it an official holiday in 1938. The day received its present name, the “Commemoration of Atatürk, Youth and Sports Day”, in 1981, which became the 100th anniversary of Atatürk’s birth.