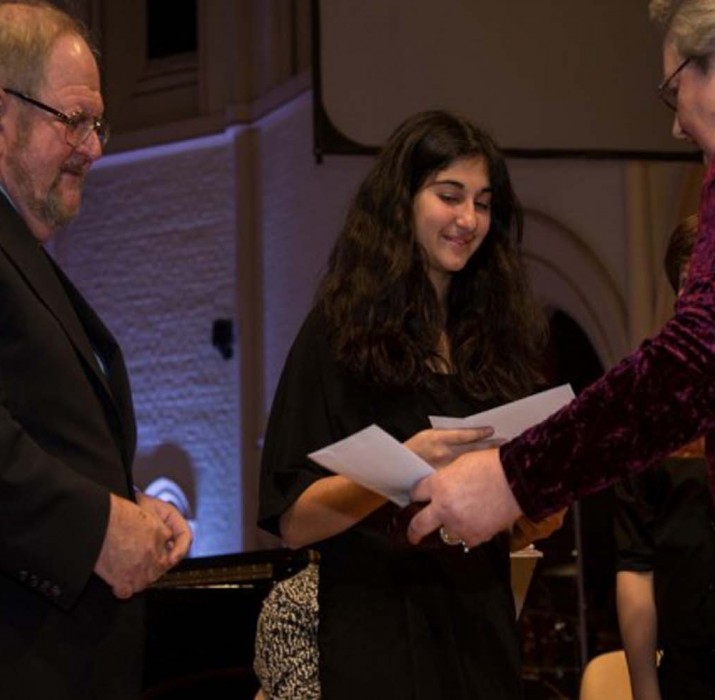 After gaining one of the highest ranked achievements at Marlow’s Marlow Festival of Music & Drama as the “Outstanding String Player”, young Sarıcı is now in preparation for her special recital in Marlow on the 19th of May Thursday, at Quoiting Square, Oxford Road, Marlow SL7 2NL Christ Church URC at 11.00.

Sarıcı, performing with Marisa Conford, accompanying her on the piano, will be performing many classics like a No.2 in Dminor  (J.S. Bach), Three Sonatas-Op. 137- No.3 (Schubert), Four Romantic Pieces- No. 2  (Dvorak), Sonata in C minor -Op. 45 – 1st movement (Grieg), Romance (Reinhold  Gliere), Scherzo-Tarantella- Op.16 (Wieniawski).

Sarıcı, despite her young age had also came in second at the Josef Micka International Violin Competition in last March, along with performing at “International Violin Course of Benicassim”, in Spain every summer as the outro musician. Sarıcı has had many distinguished performances starting from the Buckingham Palace to St. John Smith Square, as a musician member of “Future Talent”, which is an English supportive charity for young talented musicians.