Angela Merkel has been criticised by members of her cabinet after acceding to a request from Ankara to prosecute a comedian who read out an offensive poem about the Turkish president, Recep Tayyip Erdoğan. 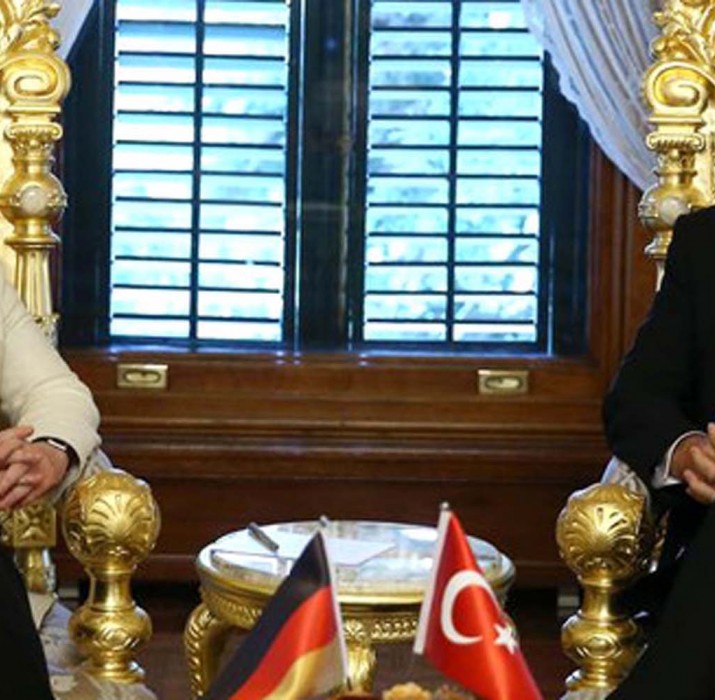 Angela Merkel has been criticised by members of her cabinet after acceding to a request from Ankara to prosecute a comedian who read out an offensive poem about the Turkish president, Recep Tayyip Erdoğan.

The German chancellor insisted her government’s decision did not amount to a verdict on whether Jan Böhmermann was guilty or not, but should be understood as a reaffirmation of the judiciary’s independence.

“In a constitutional democracy, weighing up personal rights against freedom of the press and freedom of expression is not a matter for governments, but for public prosecutors and courts,” Merkel said in a press conference on Friday.

The chancellor expressed “grave concerns” about the prosecution of individual journalists in Turkey  as well as growing limitations to the right to protest, but emphasised Germany’s close diplomatic ties with the country.

Merkel was left with the final decision on whether Germany’s state prosecutor should start proceedings against Böhmermann after Erdoğan requested the comedian be prosecuted.

Under an obscure section of Germany’s criminal code, prosecution for insults against organs or representatives of foreign states requires both a notification from the offended party and an authorisation from the government.

Merkel and other ministers confirmed reports that there had been disagreements on how to handle the Böhmermann affair between ministers within her coalition government.

The foreign minister, Frank-Walter Steinmeier, said Social Democrat ministers, including himself and the justice minister Heiko Maas, had been overruled by Merkel in allowing the prosecution to proceed. “It is our view that the prosecution should not have been authorised,” Steinmeier said. “Freedom of the press, freedom of expression and artistic freedom are the highest goods requiring protection in our constitution.”

“I consider this to be the wrong decision,” said Thomas Oppermann, leader of the Social Democratic party’s parliamentary faction. “Prosecuting satire on the basis of a lèse-majesté law is not appropriate to the modern age.”

The little-used paragraph of the German legal code that had allowed the Turkish president to request the prosecution is likely to be scrapped in the aftermath of the affair. Merkel said on Friday that she considered the law unnecessary, and that legal steps would be taken towards deleting it from the penal code within the next two years.

Under section 103 of the criminal code, insults against organs or representatives of foreign states are punishable with up to three years in prison, or three months to five years if a court judges the insult to be slanderous.

Several opposition parties, including the Greens and Alternative für Deutschland, had called for the law to be scrapped in the wake of the scandal.

The poem was read in a short clip on a late-night programme screened on the German state broadcaster ZDF at the end of last month. Böhmermann sat in front of a Turkish flag beneath a small, framed portrait of Erdoğan, reading out a poem that accused the Turkish president of, among other things, “repressing minorities, kicking Kurds and slapping Christians”.

The scene was broadcast shortly after it emerged that Turkey had demanded the deletion of a satirical song from a German comedy show, extra3, and Böhmermann’s poem was deliberately framed as a test of the boundaries of satire.

Throughout his reading, the comedian is advised by another comedian impersonating a media lawyer, who tells him this poem is precisely the sort of thing that does not qualify as satire and is therefore illegal.

Defenders of Merkel’s decision argue that those who criticise Turkey’s president for interfering with the judiciary cannot complain about the German leader leaving the matter for her country’s public prosecutor to judge.

“Satire can get away with everything, but not everything qualifies as satire,” said Volker Kauder, the CDU’s parliamentary faction leader. “In a constitutional democracy, it is up to the courts to decide where the boundaries lie. That’s why the government has done the right thing.”

Böhmermann himself has not commented on the affair since the programme was aired last Thursday. Cologne authorities have confirmed that the comedian and his family are under police protection.