‘I was deceived’ says Mrs Nadir 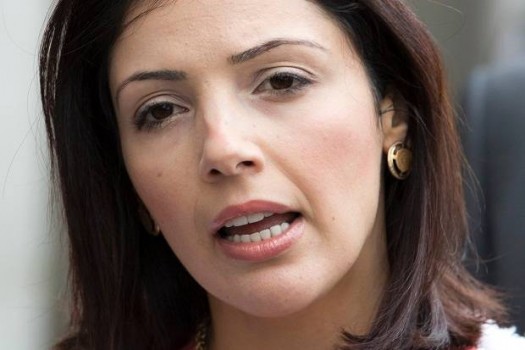 Speaking to the Turkish daily Milliyet, Mrs Nadir was quoted as saying: “I now struggle to recognise my husband. It has been a great heartbreak and a lesson in life for me.”

She went on: “Actually, I did not make this decision (divorcing) myself. I endured all manner of pressure and torture to do it but I did not do so because of my belief in marriage. We had promised to stay with each other in good days and bad.

“But forgetting even the unkept promises, I began to encounter evidence that showed how I was being used every day.

“Before we went to London, Asil bey had asked me to open bank accounts in my name because he was bankrupt, but I later discovered many payments and transfers had been made outside my knowledge using my name.

“These were all presented as evidence in court in England despite me knowing nothing about it. In short, games were played over me. I have only just begun to learn about them and I find it difficult to believe my husband was unaware of this.”

Mrs Nadir went on to tell Milliyet that her confidence had been shaken and that she felt she no longer knew her husband.

HONOUR OF A WIFE

“The Asil I knew had high values, had a conscience and stood by his word. I had loved him first for his humanity, then as a husband. If only he had not allowed others to destroy the honour of his wife for the sake of financial gain.

“It should not be forgotten that a woman’s honour is her husband’s honour. This has been a great heartbreak and life lesson for me. If only he could have demonstrated his business successes in his private life.”

But Mrs Nadir insisted he still saw her husband as a close friend.

“We were not comrades-in-arms but we were soulmates,” she told Milliyet. “There is a full nine years of togetherness here. He has had an effect – both good and bad – on my character today. It is my unending wish that all good things happen to him and I shall continue to pray for that.”

On her prospects for the future, Nur Nadir said she was looking forward to the New Year “with excitement” and that she was expecting “surprises” over the months to come.

Asil Nadir is Turkish Cyprus’s most notorious convicted fraudster and is serving his sentence in Belmarsh prison, south London, where he spent many months in ill health in the hospital wing.

Turkey and Britain had been discussing the possibility of transferring Asil Nadir under the Council of Europe Convention for several months. It was reported in February that he had paid £5 million in compensation to defrauded investors in an attempt to remove “a major obstacle” to his hopes of transfer to Turkey.

Analysts had speculated his transfer could mean he is subsequently moved to his native North Cyprus, which has diplomatic relations with Turkey. The sentence there could then be converted to house arrest.

However, the prospect of a transfer to Turkey has diminished in more recent months.