London’s Cem-evi in Hackney, Dalston, hosted a conference on the Dersim Massacre, January 9th 2016, at 15:00pm. 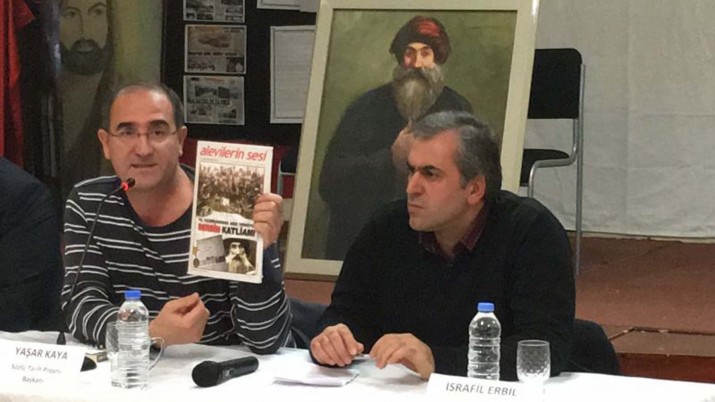 London’s Cem-evi in Hackney, Dalston, hosted a conference on the Dersim Massacre, January 9th 2016, at 15:00pm.

“We should be spending our energy we spend on commemorating massacres by preventing new, potential massacres,” said Israfi Erbil, critically.

He added: “A massacre is happening now; it cannot be censored by the state’s [Turkey] media. People are sharing it on social media; photos, videos and information about the horrible occurrences are being brought to light”.

The panel pressed the idea that the state has not changed much since the Dersim massacre, which occurred in the 1930’s.

“We can see that with AKP and Erdogan that Turkey has not changed its ways, and is willing to inflict violence wherever it sees fit for it purposes, on whatever group is perceived to be an enemy,” said Yasar Kaya.

A long historical importance on the live’s of Alevis in Turkey was placed in the conference. At least 50 people attended the event, with four different news outlets covering the event.

The day finished of with tea and coffee socialising session between the panel and the public that attended. The event was open to all members of the public.