Famous journalist, writer and director Can Dundar was jailed three weeks ago for “revealing state secrets” (Dubious term – states should not have ‘secrets’. 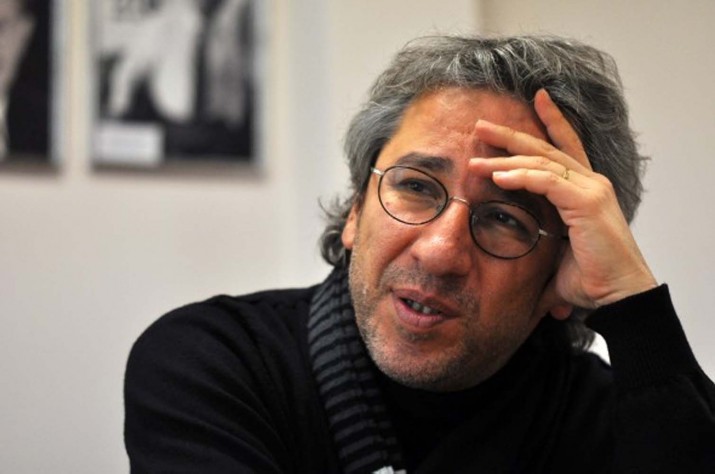 Famous journalist, writer and director Can Dundar was jailed three weeks ago for “revealing state secrets” (Dubious term – states should not have ‘secrets’.

He has written for Guardian outlining why Erdogan has ordered him to be jailed and trialled in court. In the early days of 2014, the trucks owned by the Turkish government were stopped by the Gendarmie. Officials of the intelligence service in the convoy and Gendarmie pulled guns out on each-other, bringing two groups that want to rule the state face to face.

The trucks were eventually given safe passage into Syria after being searched, which revealed tonnes of guns being transported into the war-zone.

“Erdoğan was in a fix. He couldn’t refute the story, so instead chose to censor the publication and threaten the journalist responsible, who was me. In a live broadcast on a state TV channel, he said: ““The person who wrote this story will pay a heavy price for it; I won’t let him go unpunished.” He added that the footage was a ““state secret,. (…) the minister of justice declared that “every country is sensitive on security,” revealed by Can Dundar in his article in the Guardian.

He added: “As a journalist detained in solitary confinement in a prison in İstanbul, faced with accusations of “espionage”, I have been seeking answers to these questions. My conclusion is that no label of “state secret” and no rationale for “state security” permits a state crime. Thus I defend myself with Winston Churchill’s words: ““The Official Secrets Act was devised to protect the national defence … and ought not to be used to shield ministers who have a strong personal interest in concealing the truth.””