HUNDREDS HAVE ATTENDED a celebration of the 92 year anniversary of Turkey becoming a Republic in London on Friday 30th October. 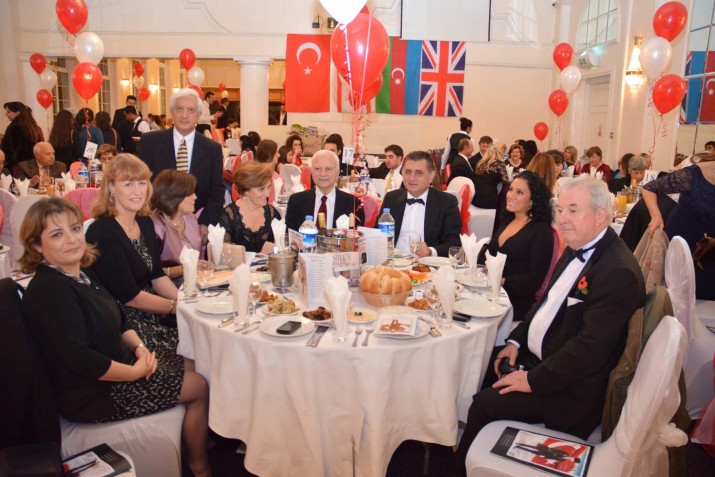 HUNDREDS HAVE ATTENDED a celebration of the 92 year anniversary of Turkey becoming a Republic in London on Friday 30th October.

The celebration party saw hundreds of people attend from the Turkish community, alongside them were guests from Turkey and British politicians.

Head of British Turkish Unions Federation Jale Özer gave the opening speech in both English and Turkish explaining the meaning of the day.

She said: “I’m so happy to be celebrating the 92nd anniversary with hundreds of people, despite being so many miles away from the motherland Turkey. It’s such a pleasure to share it this way.”

The evening also saw British MP Joan Ryan give a talk where she said: “We promise to do whatever it takes to make sure Ankara earn its place in the capital cities of Europe. I would also like to thank the British Turkish Unions Federation, Jale Özer and Dr. Ali Tekin Atalar for their support in the time of the Parliament Election.”

Entertainment on the night included one of London’s most ______ choirs Hoş Seda the 12 member group and London Pop Orchestra’s vocalists Özgün Canyurt and Tuğba Özcivan, one of the most famous violinists in the music industry Ercüment İbrahim and keyboardist Hüseyin Cemgünal, they played Ataturk’s favourite songs and continued with current and nostalgic songs from the Turkish music industry giving the guests a great night to celebrate.