TURKEY AND NORTH CYPRUS have been named the ‘stars’ of the World Travel Market (WTM) exhibition 2015 at the London Excel. 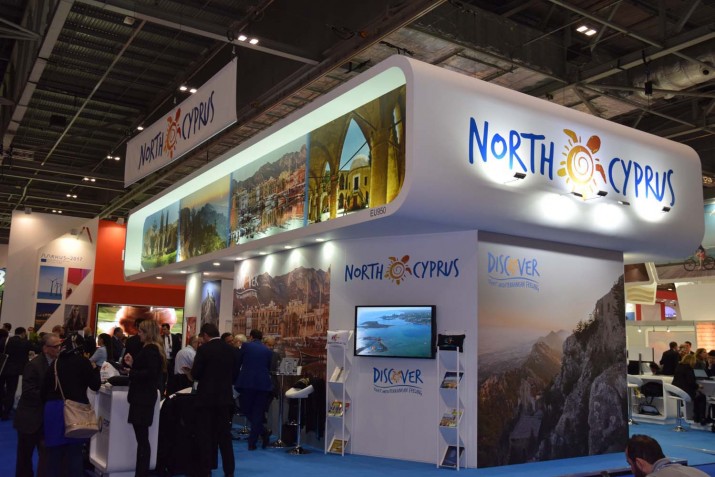 TURKEY AND NORTH CYPRUS have been named the ‘stars’ of the World Travel Market (WTM) exhibition, which was held on Monday 2 November, 2015 at the London Excel. Like every year, the Turkey and North Cyprus stands continue to welcome thousands of visitors at this exhibition as well.

The exhibition which has been held for now 36 years, is classed and know as one of the most important tourism exhibitions around the world. A total 186 countries attend and exhibit from all over the globe, this year the World Travel Market will end on Thursday 5th November (tomorrow).

At one of London’s biggest exhibition venues, the London Excel, several tourism firms from Turkey and North Cyprus are also taking part at the World Travel Market. For four days, thousands of people are expected to visit. With hotel and tour company’s, a total of 79 companies are at the Turkey and TRNC (Turkish Republic of North Cyprus) stands.

On the exhibitions second day, the Turkish Republic of North Cyprus stand was also visited by Tourism Minister Faiz Sucuoğlu, he observed the tourism promotion works for TRNC and met individually with all 19 of the company directors at the stand, offering his suggestions and ideas to them.

Minister Sucuoğlu spent almost two hours at the exhibition and as he spoke with the attendees, he showed possible signs of help being made to bring more tourists to North Cyprus.

He also didn’t miss out on tasting the complimentary traditional Cypriot food and drink that was offered to visitors at the stands, and took a taste of each one.

TRNC Representative for London Oya Tuncalı was also present and visited the TRNC stand. She was seen leaving the fair with Sucuoğlu and his group to discuss some ideas.